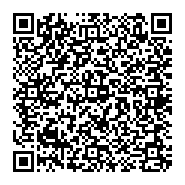 Paraquat is a high effective non-contact herbicide. It can take effects faster after spraying, rapidly deactivate into the soil, and it has no residues in the soil. Paraquat has very strong toxicity for human and animals, and it has been common reason for pesticide kill events due to drug misusage or taken oneself that cause acute poisoning, especially in developing countries. In China, there are not official statistical data, but many reports have shown that paraquat poisoning is one of the most common pesticide poisoning. In the emergency department, it has been the second after organophosphorus pesticide poisoning, and is the first in the absolute death in pesticide poisoning [1,2].

Paraquat is the most used defoliant and herbicides in the world wide, and oral lethal dose is 5-15 ml. Paraquat can access human body via cutaneous absorption, respiratory inhalation and alimentary canal, and it has obvious local stimulation and corrosive effect. Oral absorption rate of paraquat is 5%-15%, and it can rapidly achieve blood drug concentration peak after it enters into the bloodstream and it does not bind to plasma protein. Plasma concentration of paraquat is gradually reduced after 15-20 h, and it is excluded from the kidneys. Paraquat poisoning is common in emergency department in China, and its poisoning can involve in many visceral organs, and even lead to multiple organ dysfunction syndrome. The paraquat poisoning mechanism remains unclear. Many studies believe that generated a great amount of oxygen radical can cause lipid peroxidation of cell membranes in tissues after absorption of paraquat, and the phenomenon leads to multiple organ dysfunction, especially for injury of lungs that can cause pulmonary edema ad pulmonary fibrosis. In early stage, acute lung injury or acute respiratory distress syndrome can be detected, and alveoli and pulmonary interstitial fibrosis would be detected in later stage that is the cause of the patient’s death. The fatality rate of paraquat poisoning is near 50-70% [3,4]. Many studies have shown that paraquat poisoning can significantly increase expression of some cell factors and inflammatory factors, such as Tumor Necrosis Factor-alpha (TNF-alpha), Interleukin 6 (IL-6) and Interleukin 10 (IL-10), but inhibit antioxidant factors, such as Superoxide Dismutase (SOD), which further accelerate occurrence and development of pulmonary fibrosis [5-9]. Paraquat lethal dose is low, and paraquat poisoning can cause a very high case fatality rate. However, effective and specific treatment methods lack in clinic, no effective detoxification medicine is found and many treatment methods are explored, and all of these bring great challenges for emergency medical workers. In America,paraquat has been the first pesticide type with absolute number of pesticide poisoning death [10], and paraquat has been avoided to use in Europe in 2007 due to intense toxicity and high fatality rate [11-13].

Patients with paraquat poisoning were collected in emergency department in our hospital from January 2016 to October 2016. The Early Warning Score (EWS) is a simple physiological scoring system suitable for bedside application. The ability of a modified Early Warning Score (MEWS) to identify medical patients at risk of catastrophic deterioration in a busy clinical area was investigated. The Acute Physiology and Chronic Health Evaluation II (APACHE II) score is a scoring system based on 12 parameters of acute physiology and chronic health. This scoring system has been commonly used for the assessment of the severity and prognosis of diseases, especially in intensive care units. Data of indexes used in APACHE II, EWS and MEWS scoring systems were complete when patients were hospitalized, including heart rate, systolic pressure, respiratory rate, body temperature, and conscious state. Data used in SIPP score were complete, including course of disease (unit: hour) and concentration of paraquat (unit: mg/L); concentration of blood lactic acid (unit: mmol/L). The inclusion criteria were: 1) patients had obvious clinical diagnosis of paraquat poisoning based on history of poison and clinical features, and patients accorded with diagnostic criteria of modern diagnosis and treatment of acute poisoning; 2) ages of patients were more than 14 y old; 3) patients were first confirmed cases in our hospital, and they had not history of gastric lavage, hemodialysis, and special treatment; 4) patients were excluded if they had other kinds of drug poisoning, they died within 24 h after hospitalized, or they had a history of severe liver and brain diseases. This study was conducted in accordance with the declaration of Helsinki. This study was conducted with approval from the Ethics Committee of West China Hospital of Sichuan University. Written informed consent was obtained from all participants.

COX proportional hazard model was performed in survival analysis as semi-parameter model, and it could reflect hazard rate function at t time when response variable was i. Basis COX model was constructed, including age, sex, and conscious state. Finally, a set of variable of above mentioned 11 variables was added in COX model in turn, and relevant statistical indexes were collected.

The basic characteristics of patients

Table 1. The basic characteristics of patients.

Comparisons of the optimal cut-off value, sensitivity and specificity

Paraquat poisoning can cause organ injuries (such as lung, kidney, liver and brain), and the characteristic change is lung damage, mainly including early damaged alveolar epithelial cells, alveolar hemorrhage, edema, inflammatory cell infiltration, and pulmonary interstitial fibrosis in later stage [16-19]. Large doses of poisoning can lead to death due to multiple organ failure, and small doses of poisoning can cause late-onset pulmonary fibrosis with poor prognosis EWS as an important evaluation tool in emergency treatment, it has been widely applied to estimate various kinds of emergency and severe cases, and its scores have close association with prognosis of patients [20-22]. Increased score needs increased medical intervention, but mortality risk also increases during hospitalization. Studies have shown that increased concentration of paraquat in blood and urine leads to higher fatality, and some researchers proposed that SIPP and urine paraquat poisoning severity index are used to predict severity of patients [23,24]. Of these, SIPP=plasma concentration of paraquat when admitted × poisoning to admission time, larger SIPP value means poorer prognosis of patients. However, it is not widely applied in clinic because detection of plasma concentration of paraquat has higher requirements. Improved early warning score is a scoring system based on blood pressure, heart rate, respiratory rate, temperature and consciousness, and it has been widely applied in emergency department and intensive care unit in developed countries due to data are easy to get and calculation is quick and convenient [25]. Higher MEWS scores indicate heavier illness and higher fatality rate. Changes of these indexes contribute to effective intervene and treatment, which has significant clinical significance for reducing fatality rate and improving rescue success rate. Lactic acid detection and APACHEII score may be simple and practical tools to predict the prognosis of paraquat. Liang et al. [26] showed that the cutoff value of lactic acid was ≥ 2.75 mmol/L when patients were admitted to the hospital, sensitivity and specificity were 0.818 and 0.667, respectively, Youden index was 0.485, and sensitivity and specificity of APACHEII were 0.864 and 0.778, respectively, Youden index was 0.642. There are many indexes to predict prognosis of patients with paraquat poisoning, and these indexes have different values based on different clinical application. In order to survey the best and most clinical application value scoring system, we constructed COX model based on age, sex and conscious state to discuss predictive values of single scoring system and combined scoring system using patients in our hospital.

Taken together, combined lactic acid and SIPP may be the best selection due to its obvious advantage. Due to higher requirements of detection of paraquat concentration, lactic acid is the best choice because technique is difficult to achieve. Changes of serum lactic acid have higher value to infer severity and prognosis for acute paraquat poisoning patients. The potential mechanism of increased lactic acid may be damaged cell mitochondria and activated systemic inflammatory response by paraquat, and oxygen supply and demand imbalance after severe poisoning can aggravate formation of lactic acid. However, due to small sample size in this study, further studies should be performed to validate it using larger sample sizes.

This study was supported by application of infrastructure projects by Science and Technology Agency in Sichuan (No. 2013JY0155).