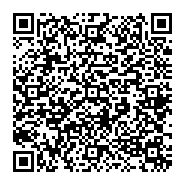 CD4+ T-lymphocytes play a central role in regulation of immune response. Monitoring of CD4+ T lymphocytes is essential in assessing immune suppression and the disease progression of HIV-infected individuals. The estimation of CD4+ T cell counts is used to decide the initiation of Anti-Retroviral Therapy (ART), to monitor the efficacy of ART and to start treatment for Opportunistic Infections (OI’s). Low CD4+ T cell counts are considered to be a marker of the progression of HIV infection and AIDS, and have been called the “hallmark” of HIV infection. Blood samples from patients attending clinic at Mother of Christ Specialist Hospital Enugu, Nigeria were analysed. Flow cytometry was used in the estimation of CD4+ T cell count using dual platform approach and haemoglobin was determined using colorimetric method. One hundred (100) pregnant women comprising of naïve HIV positive (n=50) and HIV negative (n=50), attending ante-natal clinic aged 20-35 years participated in the study. Apparently healthy age and gender-matched non-pregnant women (n=50) served as control. The age distribution of HIV positive women revealed the highest occurrence in age range of 26-30 years. Both the CD4+ T cell count and haemoglobin values of HIV positive and HIV negative pregnant women were significantly decreased (p<0.001; p<0.05) when compared with the control. The CD4+ T cell count according to gestational age revealed significant decrease (p<0.01; p<0.05) in CD4+ T cell count of HIV positive and negative women respectively. The haemoglobin levels according to gestational age showed a significant decrease (p<0.05) in haemoglobin level of HIV positive pregnant women when compared with the control. This indicates reduction in CD4+ T cell count and haemoglobin level during pregnancy irrespective of the HIV status.

In the sub-Saharan Africa, Human Immunodeficiency Virus/ Acquired Immunodeficiency Syndrome (HIV/AIDS) is a global epidemic and about 68% of all people living with HIV resided in sub-Saharan Africa, a region with only 12% of the global population [1]. In Nigeria, over three million people are living with HIV/AIDS. However, based on sentinel surveys of pregnant women, the country’s HIV prevalence appeared to have stabilized between 2005 and 2010-the median prevalence was 5% in 2003, 4.4% in 2005, 4.6% in 2008 and 4.1% in 2010 [2]. The HIV prevalence in Enugu state, Nigeria declined from 6.5% in 2005 to 5.8% in 2008 and 5.1% in 2010 [2]. A recent population based survey, showed a national HIV prevalence of 3.4% (3.3% for male and 3.5% females) while that of Enugu state was 1.4% (1.0% male and 1.6% females) [3]. Nigeria ranks third among all countries for the total number of people living with HIV; about 1.7-4.2 million Nigerians are infected with the virus. The CD4+ T lymphocyte count and HIV RNA viral load are independent predictors of the course of HIV progression [4]. People living with HIV/AIDS are more likely to become susceptible to diseases and develop opportunistic infections due to low CD4+ T lymphocyte count [5]. The World Health Organization (WHO) stated that the prevalence of the disease is pandemic and that HIV positive pregnant women should begin antiretroviral therapy by second trimester. In the absence of effective antiretroviral therapy, the hallmark decrease in CD4+ T lymphocyte during AIDS results in a weakened immunosystem, impairing the body’s ability to fight infections or certain cancers such as apoptosis which can be induced by HIV through multiple pathways [6].

In pregnancy, immune function is suppressed in both HIVinfected and uninfected women [7,8]. The state of pregnancy represents an extreme challenge for the immune system. The hormonal and immunological changes that occur over the course of pregnancy are necessary to support a healthy pregnancy, but also dramatically affect female susceptibility to autoimmune and infectious diseases [9]. The maternal immune system during pregnancy is altered to actively tolerate the semi allogeneic foetus. These alterations include changes in local immune responses, that is, in the uterine mucosa (decidua) and changes in peripheral immune responses [10,11]. The change in the hormonal environment of pregnancy contributes to local suppression of cell mediated immunity at the maternal foetal interface [12].

About 4.0 ml of peripheral venous blood was drawn aseptically with sterile syringe from the participants and was transferred into a tube containing 0.2 ml of 4% ethylene diamine tetra acetic acid solution. Flow cytometry technique was used in the measurement of CD4+ T cell count using dual platform approach. The dual platform of flow cytometry approach uses haematology analyser to measure absolute lymphocyte count and flow cytometer to estimate the relative percentages of CD4+ T cells and the absolute CD4+ T cell number was calculated by multiplying absolute lymphocyte number with percentage of CD4+ T cells and dividing the product by 100 [13-15]. A modified methemoglobin method was used for the colorimetric determination of haemoglobin [16].

Table 4: The haemoglobin (g/dL) levels according to gestational age. 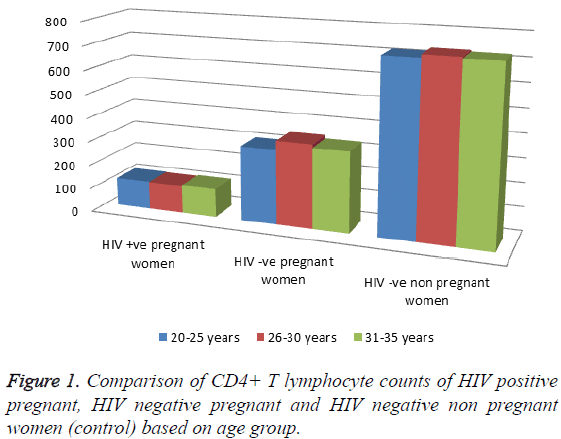 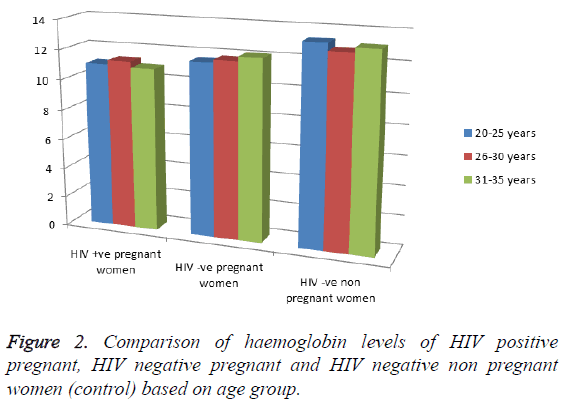 The age distribution of HIV positive pregnant women was highest in age range of 26-30 years (Table 1). Previous researchers found that most Nigerian women become pregnant between the ages of 21-28 years when they are most sexually active [17]. This may be the reason for the high HIV positivity at the age range of 26-30 years as recorded in this study. The CD4+ count and haemoglobin level of HIV-positive and HIVnegative women were significantly decreased (p<0.001; p<0.05) when compared with the control (Table 2). This finding shows that HIV positivity and pregnancy reduces CD4+ T cell count and haemoglobin level. This result may indicate that pregnant woman with HIV-negative status may have lower immune status compared with her counterparts in the Western world, where counts are in the range of 600-1500 cells per μl [18].

The results of this study confirm that CD4+ varies based on gestational age and also demonstrated decreased CD4+ Tlymphocyte count during pregnancy irrespective of the retroviral status.