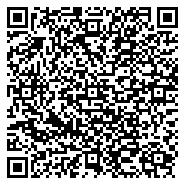 Pregnancy is a stressful condition in which many physio-logical and metabolic functions are altered to considerable extent [1]. During normal pregnancy, many gestational changes occur in the maternal body like enlargement of uterus with increase in blood supply, increase in cardiac output, increase in total blood volume and increase in in-terstitial fluid volume. In spite of tremendous physiologi-cal changes in maternal body, pregnancy posses over as a normal physiological process with no adverse mediated effect on woman’s health during or after pregnancy. However pregnancy induced hypertension (PIH) is a mul-tisystemic disorder affecting virtually every organ and system. The incidence of hypertension varies among dif-ferent hospitals, regions and countries. In India, hyperten-sion complicates approximately 10% -15% pregnancies and is a major contributor to maternal and fetal mortality and morbidity [2]. Pre-eclampsia and eclampsia are amongst those conditions in which hypertension essen-tially complicates the pregnancy with edema and /or albu-miniria. Recently, the oxygen derived free radicals have been reported to play an important role in the pathogene-sis of PIH. It is envisaged that increased free radical activ-ity arises from increased production of free radicals or deficiency in protective antioxidant system [3,4]. It has been hypothesized that a placental oxidant – antioxidant imbalance, intensifies the release of lipid peroxidation into circulation. Vascular contact with circulating peroxi-dation products causes dysfunction of vascular endothe-lium by promoting peroxidative damage of endothelial cell membrane which ultimately initiates the maternal pathological changes [5,6]. Very recently, it was discov-ered that a new Carotenoid compound called lycopene, a red pigment which is present in large concentration in lycored tablet, is thought to play an important role in de-fense against chronic diseases like cancer, coronary heart disease etc. [7-10]. Lycopene is a Carotenoid com-pound, an acyclic isomer of β-carotene and does not show any pro vitamin A activity. It is highly unsaturated hydro-carbon containing eleven conjugated and two unconju-gated double bounds. It is the most predominant carote-noid in human plasma present naturally in greater amount than β-carotene and other dietary carotenoids. This per\haps indicates its great biological significance in human antioxidant defense system [11]. No much study has been done on the beneficial effects of lycopene in PIH patients. So, the aim of present work was to study the effect of ly-cored (Lycopene) on ROS induced oxidative stress in PIH patients by measuring local oxygen radical substance such as lipid peroxidation and antioxidant molecule glutathione (GSH).

Control group included one hundred subjects of normal pregnant women, who did not have any history of hyper-tension. PIH group (Group -2) included thirty hyperten-sive patients of pregnant women. The cases were selected on the ground of specified criteria [12] and in Group -3; an antioxidant lycored (containing 2000μg of lycopene) was given for one month at a dose of one bd (bis in di) to one hundred hypertensive pregnant women. After one month, the patients were clinically examined for blood pressure and blood samples were collected for the estima-tion of various biochemical assays.

Blood samples were drawn from all the subjects follow-ing a fast of 12 hours with a dry disposable syringe and needle, under all aseptic conditions by venepuncture in the anticubital vein in sterile, dry and acid washed vials and 10ml of blood was collected in ethylenediaminotetra acetic acid (EDTA) vial. Plasma was separated by centri-fuging the blood at 3000rpm for 20 minutes at 4°C. This plasma was used for the estimation of malondialdehyde (MDA) and reduced glutathione (GSH). These biochemi-cal assays were analyzed on the same day of blood collec-tion from all the groups.

MDA level in serum was estimated by measuring the pink colored chromophore formed by the reaction of thio-barbituric acid with malondialdehyde according to the method of Satoh, 1978 [13].

GSH level in plasma was estimated by the method of Beutler et al 1963, using 5-5’ dithiobis2-notrobenzoic acid [14].

Numerical data were presented as mean values ± S.D. The statistical significance was evaluated by student’s‘t’ test.

MDA, representing lipid peroxidation was found to be significantly (p < 0.001) increased by 49.42% (from 4.35±0.74 nmol/ml to 6.50±0.75 nmol/ml) in PIH patients (Table 2). A significant increase in MDA level in PIH patients indicating the excessive formation of free radicals and activation of lipid peroxidation system. Free radical mediated lipid peroxidation leads to the formation of volatile breakdown products including aldehyde, ketone, alcohol etc and resulting in the irreversible damage to the placenta [15-17], whereas the level of MDA in lycored ingested PIH patients (group-3) was found to be signifi-cantly decreased (p < 0.001) by 40 % (from 6.50 ± 0.75 nmol/ml to 4.75 ± 0.67 nmol/ml) with respect to PIH pa-tients (Table 2). This observation suggesting that lycored play an important role in maintaining the level of thiobar-bituric acid reacting substance (MDA) to near normal by acting as a good chain breaking antioxidant. Lycored might react with peroxy radicals, which are formed in propagation phase of lipid peroxidation to form carbon centered radical. The carbon centered radical reacts read-ily and reversibly with oxygen to form a new chain carry-ing peroxyl radicals, which are more highly stable forms than reactive oxygen species and thereby inhibiting lipid peroxidation. 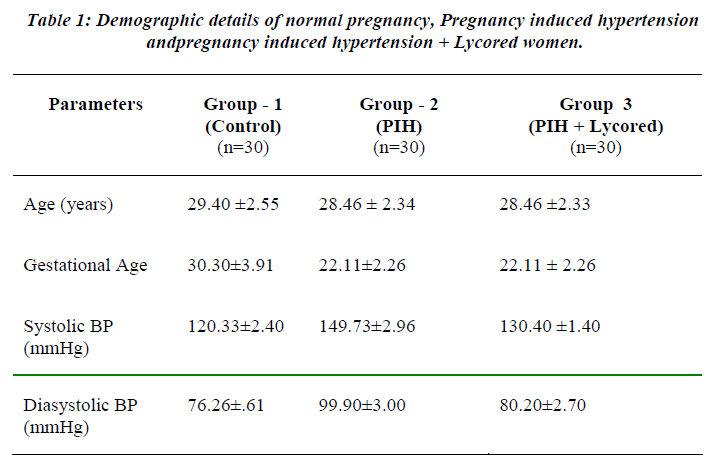 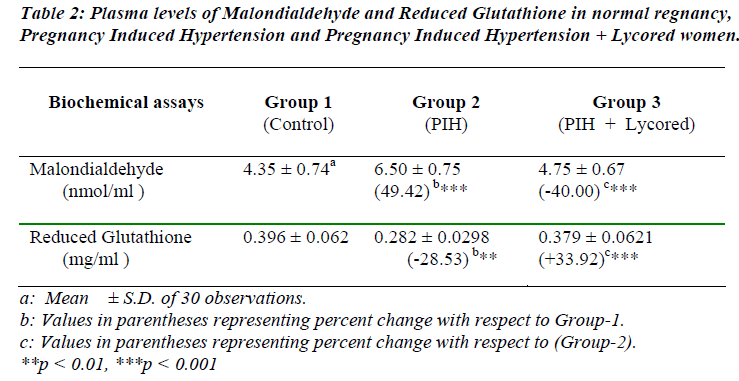 Glutathione is an important antioxidant metabolite, which counters oxidative stress by eliminating the compounds responsible for lipid peroxidation or by increasing the efficiency of NADPH that protects detoxifying enzymes [17,18]. A significant decrease (p < 0.05) by 28.53% was observed in GSH level in PIH patients with respect to control subjects (Table-2), and this could be due to its increased utilization in protecting ‘SH’ containing pro-teins from lipid peroxides. This observation of decrease in GSH level is in agreement with the report that inverse relationship exists in GSH and lipid peroxidation [19]. Glutathione depletion to about 20% can impair the cells defense against the toxic action of xenobiotic and may lead to cell injury [20,21], while the level of GSH in ly-cored ingested PIH subjects was significantly increased (p < 0.001) by 33.92% as compared to PIH patients (Group-2) from 0.283 ± 0.0298 mg/ml to 0.379 ± 0.0621 mg/ml (Table 2). This could be due to the ability of lycored to protect the ‘SH’ groups from oxidative damage through inhibition of peroxidation of lipids.

The results obtained from the above study suggested that lycored offers protection to the PIH patients by prevent-ing the inactivation of GSH thereby inhibiting the peroxi-dation of lipids and resulting in the maintenance of mem-brane integrity and cellular status.