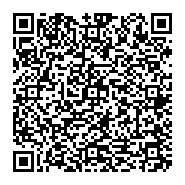 Pituitary Adenomas (PA) are a group of benign tumors with diverse biological behavior including different hormonal secretion, cavernous sinus invasion and considerable rates of relapse. The aim of the study was to evaluate the benefits of the Endoscopic Endonasal Transsphenoidal (EET) approach for managing hormonal producing Pituitary Adenomas (PA) in terms of achieving clinical remission in comparison to the Microscopic Endonasal Transsphenoidal (MET) approach. During the period 2014 to 2017 a series of 128 patients with PA were operated on via MET (n=62) and EET (n=66) approach. Endocrinological, neuro-ophthalmic and MRI examinations were assessed preoperatively and postoperatively at 3rd and 12th month. Thirty-two patients were diagnosed with growth-hormone secreting adenomas (GH), 25 with Adrenocorticotropic Hormone secreting adenomas (ACTH), 17 with Prolactin-secreting adenomas (Prl) and 54 with non-secreting pituitary adenomas. The endoscopic group had higher levels of remission in comparison to the microscopic group (81.8% vs. 70.9%), however no significant difference was observed (?=0.128). PA with invasiveness to the cavernous sinus from the endoscopic group had significantly better remission rates opposed to the microscopic group (p<0.05). Macroadenomas not exceeding 40 mm in diameter had higher remission rates in the endoscopic group (p<0.05). Examination of postoperatiove complications showed similar incidence of postoperative diabetes insipidus and CSF leak (p>0.05). The use of endoscopic endonasal transphenoidal approach provides better remission rates in invasive PA compared to the conventional microsurgical approach. A long-term follow-up is still needed for further evaluation of our results.

Pituitary adenomas represent a group of tumors with a diverse biological behavior. Series of studies showed that in around 16% of the population asymptomatic incidental pituitary adenomas are found in autopsy and Magnetic Resonance Imaging (MRI) studies. Some of those tumors are symptomatic and those adenomas have been estimated to be 94 ± 19.3 cases/ 100,000 population [1]. Symptomatic PA are considered to be 7%-17% of all intracranial tumors. Pituitary adenomas arise from adenohypophyseal cells in the anterior pituitary, and despite their benign histologic nature, they may enlarge and invade surrounding structures [1].

The endoscope has some advantages over the microscope in pituitary adenoma removal, which are the enhanced visualization and better illumination. The improved panoramic high-resolution view can lead theoretically to better tumor removal in comparison to the tunnel vision and relatively restricted access of the microscope [5].

This prospective study enrolled 128 patients with functioning and non-functioning pituitary adenomas-54 males and 74 females at average age of 48.7 ± 15.2 (20-77 y), referred for pituitary surgery to the Clinic of Neurosurgery of “St. Ivan Rilski” University Hospital in Sofia between 2014 and 2017.

All patients from both groups were additionally divided into smaller subgroups, according to secretion (prolactinomas, somatotropinomas, corticotropinomas and non-secreting adenomas) and according to size of tumor (micro- and macroadenoma). 14 patients from the EET group and 12 from the MET group were previously operated.

All patients underwent pituitary MRI with and without gadolinium prior to surgery. Dynamic MRI was performed specifically in the setting of functioning microadenomas with no adenoma visualized on conventional pituitary MRI. Hormonal data included pre- and postoperative levels of serum prolactin, morning serum cortisol and ACTH levels, 24 h urinary free cortisol levels and dexamethasone suppression test (for patients with Cushing disease), GH levels, IGF-1 levels, free or bioavailable testosterone levels, thyroxine levels, and TSH levels. Diagnosis and clinical remission in functioning pituitary adenomas were defined according to latest consensuses and guidelines, combined with the data of the preand postoperative MRI imaging at 3rd and 12th month postop. For non-functioning pituitary adenomas absence of residual tumor on the postoperative imaging studies was assessed as clinical remission. Patients underwent complete neuroophthalmic examination prior to the surgery and postoperatively at 3rd and 12th month.

Direct microscopic mononastril endonasal transsphenoidal adenomectomy: The direct endonasal approach is performed with no septal dissection and the nasal speculum is inserted into the nostril and opened at the anterior wall of the sphenoid sinus between the two ostia after subluxing the septum and exposing the face of the sphenoid. After the anterior sphenoidotomy, opening of the sellar floor and dura are done the tumor is removed using suction, pituitary rongeurs, and various angled ring curettes [6,7].

Monoportal and biportal endoscopic endonasal adenomectomy: Preoperatively the nasal cavity is packed with cotonoids, soaked in mixture of lidocaine 1% and epinephrine (1:100,000) in order to decongest the nasal mucosa. After inspection of the nasal cavity the middle turbinate is visualized and lateralized (kept intact), and the choana and sphenoid ostia are identified. Bipolar cautery is used to dissect the posterior nasal mucosa, and to create a mucosal vascularized nasoseptal flap when needed. The septum is lateralized to the contralateral side to expose the vomer and visualize the four sphenoid ostia on each side. A sphenoidotomy and removal of the sphenoid septa is created using a high speed drill with 4 mm diamond bit. If a biportal approach is chosen an additional mucosal dissection of the posterior nasal mucosa is performed in the other nostril. At this point the operation can be executed using a two-hand technique (one surgeon) or a four-hand technique, using the biportal approach. The adenoma is removed using various angled curettes, pituitary rongeurs, and suction. Following the resection of the lesion, a visual inspection of the resection cavity is performed using a 30- and 45-degree endoscope to visualize compartments outside of the direct line of view. An endoscopic hydroscopy of the resection cavity was also performed. The sellar space was patched either with an autologous fat graft, hemostatic cellulose polymer, dural sealant, fibrin glue and/or nasoseptal flap if needed. Intrasellar hydroscopy was performed in 51 cases of all operated in the EET group.

Comparison between MET and EET group

CSF leak rates were similar in the two groups. Five patients (8.06%) in the MET group and 7 (10.6%) in the EET group had post-operative CSF leakage (Table 2). Meningitis, diabetes insipidus, postoperative hypopituitarism had similar rates and no statistical difference between both groups was found (p>0.05).

also is associated with higher rates of GTR. However, there is no evidence that functioning PAs benefit from the endoscopic approach, as there is no statistical difference between the two surgical techniques [10].

There are few studies, which perform a volumetric analysis of the surgical results between EET and MET approach. The current shows that remission rates in patients, treated endoscopically, do not decrease with increasing volume of the PA. However increasing tumor volume leads to decreased remission rates in the microscopic group. This observation was further confirmed by statistically significant difference in the microscopic group between remission rates in the subgroups microadenoma and macroadenoma, which was not observed in the endoscopically treated group. All this data could suggest that the EET approach potentially leads to higher remission rates in macroadenomas, especially with suprasellar extension. Messerer et al. [12] also suggest that the endoscopic endonasal transsphenoidal surgery leads to better results in terms of gross total resection for macroadenomas.

Dhandapani et al. [13] compared remission rates between MET and EET approach in surgical treatment of invasive PAs to the cavernous sinus. Endoscopic endonasal transsphenoidal surgery leads to greater gross total resection in invasive PAs in comparison to the microscopic approach, probably because of the angled endoscopic view of the laterally positioned cavernous sinus. Our study also confirmed this conclusion.

Most of the retrospective studies and meta-analysis found no difference in terms of postoperative complications, which was also observed in our study. Ammirati et al. [14] found higher rate of vascular lacerations of the internal carotid artery in patients treated endoscopically in comparison to the microscopic approach.

In conclusion, the results of our study show no statistical difference between the remission rates in EET and MET groups in functioning and non-functioning PA, as well as between microadenomas and macroadenomas. Endoscopic endonasal transsphenoidal approach is associated with better remission rates in surgical treatment of invasive pituitary adenomas. Both surgical methods offer similar safety profile in terms of operative and postoperative complications.