Seizure detection by classification of EEG signals based on DWT reconstruction error and CWT using a Novel Wavelet.

There is a worldwide concern about the growing number of people with epilepsy. Around 50 million people around the world are affected by Epileptic seizure of which 80% of them are living in developing countries. The four major causes of a seizure are head injury, head trauma, stroke and brain tumor [1]. Children who get high fever also get seizure which in the latter stages may become epileptic. For proper diagnosis long hours of EEG signals has to be obtained from the patients and reviewed by the doctor. Automatic detection of seizure using EEG signals has become a notable area of research. The automatic seizure detection helps in detecting subtle seizures even when the patient is unaware of the occurrence of seizure. False positives in automatic detection are also present but novel techniques aid in the reduction of false alarms [2]. Among the methods that are being used in automatic seizure detection Wavelet transform has gained its popularity since it gives both time and frequency details of the signal. The computational time is also improved by using wavelet when compared to other methods [3]. There are two types of wavelet transform. They are continuous wavelet transform (CWT) and discrete wavelets transform (DWT). In CWT the continuous time input signal is divided into wavelets for detailed time based frequency analysis using a mother wavelet [4]. The DWT uses filter banks to segregate the signals into specific range of frequencies using high pass and low pass filters. The output of high pass filter gives detailed coefficients and output of the low pass filter gives approximation coefficient. The signal can be reconstructed by adding the detailed and approximation coefficient. The error value can be calculated by obtaining the difference between the original signal and the reconstructed signal. The error has to be very closer to zero [5].

The new wavelet is constructed based on the morphological features of an EEG signal which has sharp peaks and troughs. Hence a cycle of the EEG signal is considered and a similar pattern is taken into consideration to develop a mother wavelet which in turn aids to achieve better correlation with the input EEG signal. 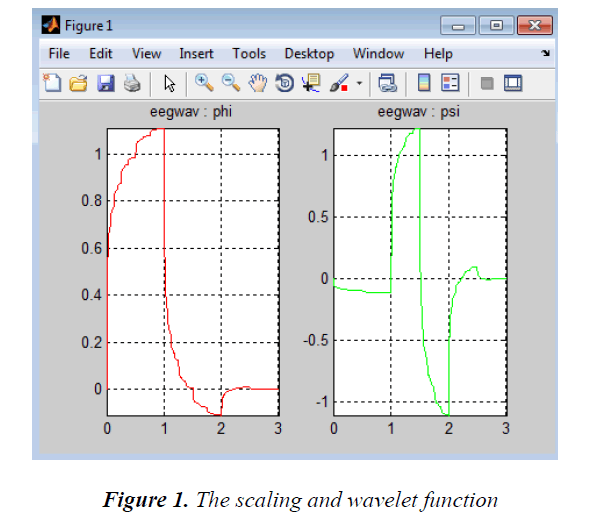 Figure 1: The scaling and wavelet function

The decomposition and reconstruction filters are shown in Figure 2 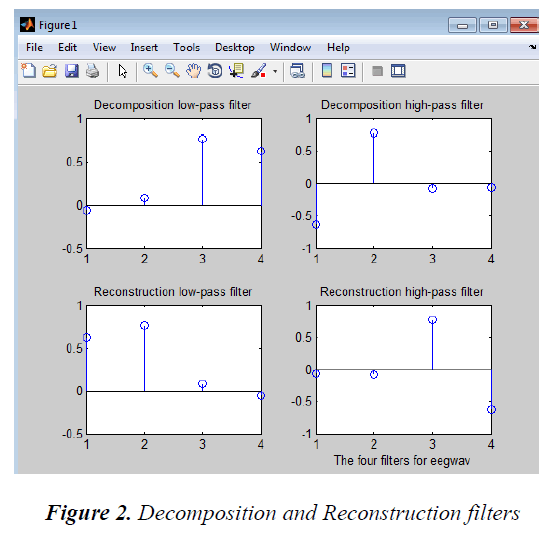 The signal under analysis is x (t). The wavelet coefficient is denoted by γ which is expressed in equation 5. The input signal length is 2N.

Hence γj,k is the convolution of the signal with the mother wavelet which has undergone dilation, reflection and normalization [7]. The new wavelet is formed in such a way that it closely represents a normal EEG wave.

The normal EEG and Seizure EEG signals are obtained from the database given by Epilepsy Centre present in the University of Bonn [8]. The DWT uses filter banks which segregates the input signal into approximation and detail components [9]. The approximation gives the low frequency content of the signal and details give the high frequency contents. The new mother wavelet ‘eegwav’ closely resembles the normal EEG wave pattern. Hence using this mother wavelet discrete wavelet transform is performed on the input signal. The input signal is decomposed into approximation and detail components. These components are then added to get the reconstructed signal. 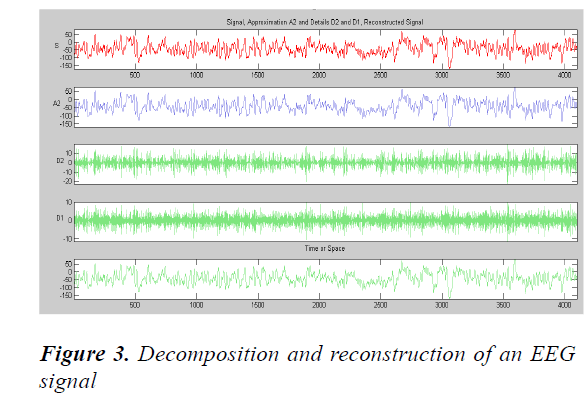 Figure 3: Decomposition and reconstruction of an EEG signal 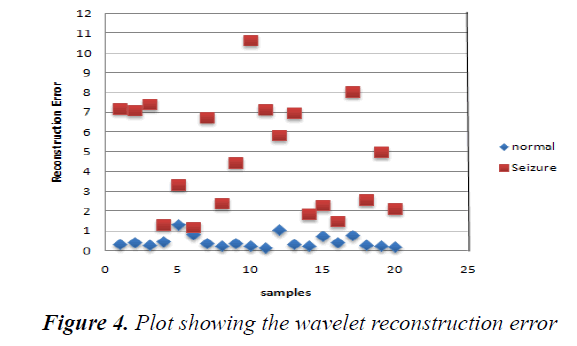 The EEG signal of a person when a tonic seizure had occurred is shown in Figure 6. The pre ictal (before the occurrence of seizure), ictal (at the time of seizure) and post ictal stages can be vividly seen in the given signal. Figure 7 shows the CWT of the above EEG signal. The lower values of the scale axis indicate higher frequency components. Hence during the Ictal stage the wavelet coefficients are higher at lower scale values when compared to pre-ictal and post-ictal stages 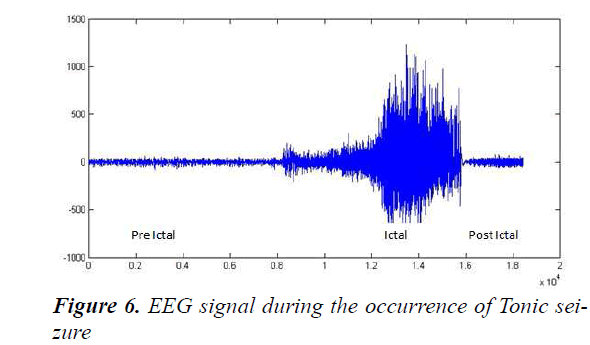 Figure 6: EEG signal during the occurrence of Tonic seizure 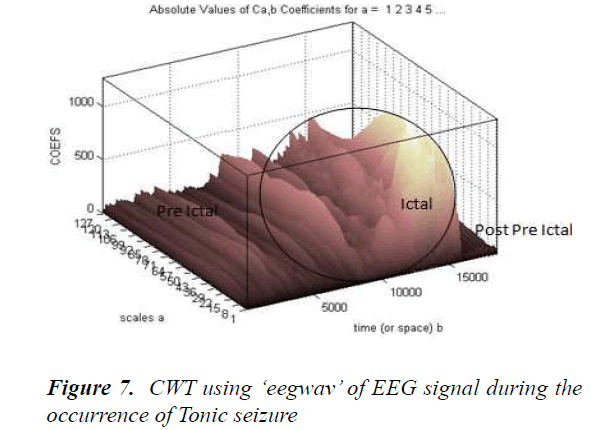 Figure 7: CWT using ‘eegwav’ of EEG signal during the occurrence of Tonic seizure

The novel wavelet which is named as ‘eegwav’ which closely represents the normal EEG has been successfully used to classify the seizure EEG and normal EEG signals. The EEG signal was decomposed using discrete wavelet transform into approximations and detail components. Then reconstruction is done by adding approximation and details. The reconstruction error is calculated by subtracting the sum of the approximation and details from the original signal. Since the mother wavelet represents normal EEG, the reconstruction error was very less when compared to Seizure EEG signals. The ‘eegwav’ wavelet was also used in continuous wavelet transform. The wavelet coefficients are higher for seizure EEG when compared to the wavelet coefficients of normal EEG.