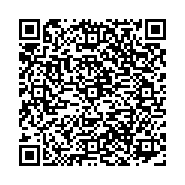 There have been differing reports on the role of dietary ascorbic acid in iron absorption, especially non-heme iron. We measured some haematological and biochemical parameters to establish any correlation between serum ascorbic acid and iron and thus open study line on the need for co-supplementation of the two during antenatal visits to prevent iron-deficiency anaemia in pregnancy. A total of 74 pregnant women aged between 18 and 42 years were recruited for the study. Also 20 age- matched non-pregnant women who were not in their menstrual periods at the time of study were used as control subjects. Blood sample collected from each subject was analyzed for hematological (haemoglobin-Hb, packed cell volume-PCV and mean cell haemoglobin concentration-MCHC) and biochemical (serum iron and ascorbic acid) parameters. Our results showed that 62(83.8%) of the pregnant women were anaemic. The haematological parameters showed no significant differences (p>0.05 for each) between the first trimester and other trimesters. However, they were significantly lower (p<0.05) in the pregnant women of all the trimesters than in the control group. The biochemical parameters showed no significant differences (p>0.05) between the first and second trimesters as well as between each of the two trimesters and the control group but they were significantly lower (p<0.05) in the third trimester than in the first and second trimesters and in the control group. There was no correlation (r=0.03789 for first trimester; r=0.2799 for second trimester and r=0.2568 for con-trol group; p>0.05) between the serum iron and ascorbic acid in the first and second trimesters and the control group. However, there was positive correlation (r=0.6506; p<0.05) between them in the third trimester. We are of the opinion that ascorbic acid plays important role in intestinal absorption of iron, especially in low levels of serum iron.

Iron-deficiency anaemia is one of the most prevalent and poten-tially serious forms of nutrient deficiency anaemias in the world [1,2]. It is a major public health problem in developing countries, affecting children, pregnant women and lactating mothers. The most important factors known to be associated with this condition are socio-economic status, poor diet, poor sanitation and various infections and infestations .Anaemia in pregnancy is defined as a haemoglobin level of less than 11.0g/dl and iron-deficiency contributes significantly to this, especially among women of south eastern Nigeria [3]. Iron-deficiency anaemia is one of the direct and indirect causes of maternal mortality and can only be arrested by early detection and management during antenatal visits. Unfortunately late or nonbooking for antenatal care by pregnant women has contributed immensely in thwarting the efforts of antenatal care givers [4]. Complications of iron-deficiency anaemia in pregnancy include, among others, impaired oxygen transport (leading to hypoxia) and abnormal basic cell functions. When diagnosed early in pregnancy, good management helps to prevent these and other resultant compli-cations such as increased frequency of pre-term labour and low birth weight infants [5].

For iron balance in early pregnancy, only the basal iron requirement (0.8mg/day or 6% of the daily dietary iron intake) is needed. Extra iron is required for expansion of red cell mass in the second trimester while more iron is needed for the develop-ing fetus and placenta in the third trimester. Hence, if no changes occur in the iron store, then the daily absorption of the dietary iron would need to increase from 6% to 32% (3.8mg/day) over the last 28 weeks of pregnancy [6]. Inadequate dose of iron supplements and defective absorption due to intestinal infestations have been recognized as major factors, among others, responsible for anaemia being a major public health problem [7] and these two factors are inevitable in our country especially among nursing mothers and pregnant women of low social and economic status. This is supported by the fact that despite the national policy that pregnant women in all trimesters should be prescribed ferrous sulphate (200mg) with folic acid (5mg) daily from the day of first visit to the antenatal clinic to the day of delivery [8], there is still increasing cases of anaemia in pregnancy. Ascorbic acid is suggested to promote the absorption of dietary non-heme iron [9,10] hence it was found that there was no difference in the mean daily iron intakes of vegetarians and omnivores, even when heme iron intakes were low in the vegetarians [11]. Ascorbic acid was also found to be positively associated with serum ferritin [12] and appears to enhance the correction of ferritin deficit and anaemia in gastric bypass through its therapeutic effect on iron [13]. We have extended this study to pregnant women to establish the possible use of supplemental ascorbic acid to enhance the absorption of iron supplements and thus help in preventing iron-deficiency anaemia in pregnancy which is prevalent in this part of the world. This is part of the ongoing studies in this regard.

A total of seventy-four (74) pregnant women, aged between 18 and 42 years, attending antenatal clinic of University of Nigeria Teaching Hospital, Enugu, Nigeria, were recruited for the study, comprising 14(18.9%) in first trimester, 42(56.8%) in second trimester and 18(24.3%) in the third trimester. Another twenty (20) age-matched non-pregnant women who were not in their menstrual period at the time of the study were used as controls. Approval for the study was obtained from the Ethics Committee of the University of Nigeria Teaching Hospital, Enugu, Nigeria while additional consent was sought from the women.

Blood samples were collected from pregnant women attending the antenatal clinic within a space of two months. The pregnant women were divided into three groups according to their gestational ages: 1-3 months, first trimester; 4-6 months, second tri mester; and 7-9 months, third trimester. A total of 6.0ml of blood sample was collected from each subject. 2.0ml were discharged into EDTA bottle for Hb and PCV, while the remaining were put into chemically clean plain test tube for serum iron and ascorbic acid. All analyses were done on the day of collection of samples.

Haemoglobin and packed cell volume were estimated by cyamethaemoglobin and micro-haematocrit methods, respectively as reported by Baker and Silverton [14]. Mean cell hemoglobin concentration (MCHC) was obtained by calculation from Hb and PCV. Serum iron and ascorbic acid were determined using Bathophenantroline method as modified by Varley [15] and 2,4-Dinitrophenylhydrazine method of Hipolitto and William [16], respectively.

Student’s t-test was used to calculate the degree of significance while regression analysis was used for the correlation study.3 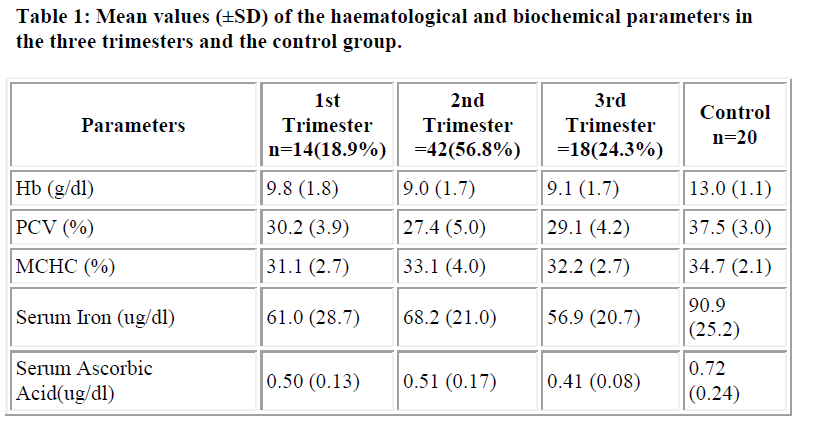 Table 1: Mean values (±SD) of the haematological and biochemical parameters in the three trimesters and the control group. 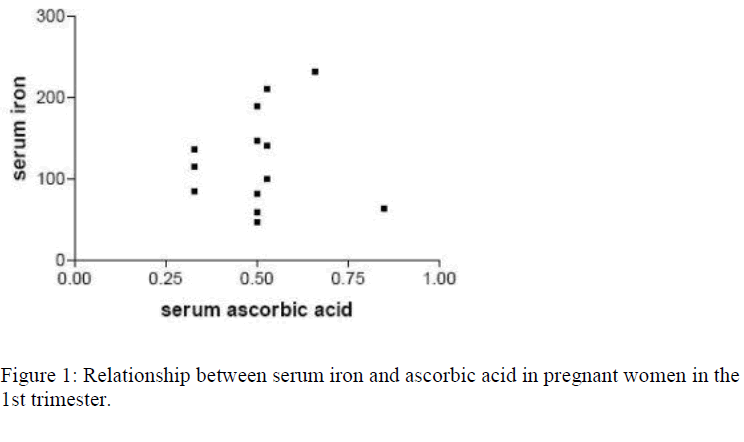 Figure 1: Relationship between serum iron and ascorbic acid in pregnant women in the 1st trimester. 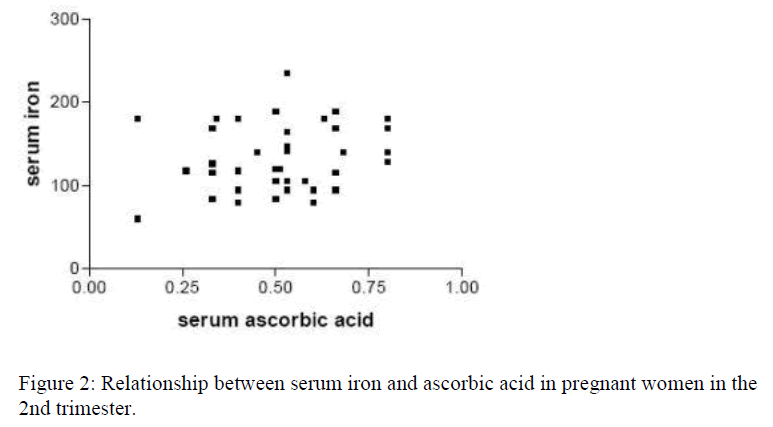 Figure 2: Relationship between serum iron and ascorbic acid in pregnant women in the 2nd trimester. 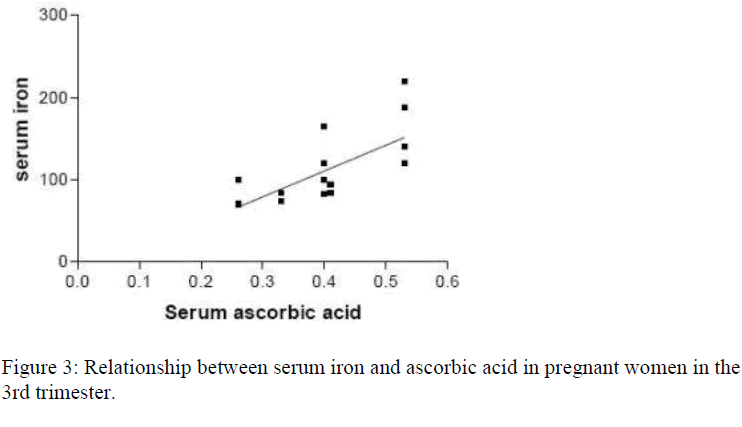 Figure 3: Relationship between serum iron and ascorbic acid in pregnant women in the 3rd trimester. 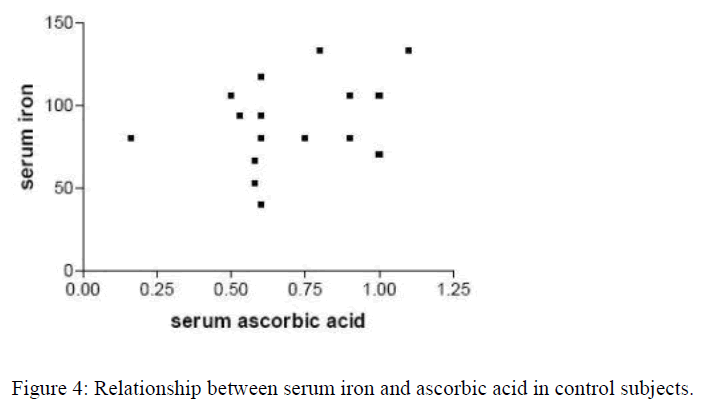 Our study showed that more pregnant women in the second trimester (56.8%) than first (18.9%) and third (24.3%) trimesters attend antenatal clinic. This partly agrees with previous finding [17], which reported that more women in the second and third trimesters attend antenatal clinic. It is common in this part of the country that pregnant women, especially the multiparas, hardly attend antenatal clinics in their first trimester. This may be because they already know the early signs and symptoms of pregnancy. Moreover, women are prime movers of health in their families but they attend clinics last and only when their health conditions become unbearable. For this, they hardly bother themselves about early antenatal care. However, in the second trimester, many of them will register for proper antenatal care and as they go into the third trimester, some of them will divert to the nearby private clinics and hospitals.

Using WHO minimum haemoglobin concentration of 11.0g/dl for anaemic condition, 62(83.8%) of our subjects were found to be anaemic. This was higher than figures obtained in the previous studies [3,4], which reported 79.1% and 67.4%, respectively. This increasing percentage of anaemic pregnant women over the years (67.4% in 1990 [4] ; 79.1% in 1994 [3] and 83.8% in 2003 – this study) may be an indication of progressive deterioration of the economic condition and lack of proper health care in our environment. This condition, alarmingly, cuts across the trimesters and needs immediate attention by way of health education for intending mothers for proper antenatal attendance during gestation. From our results, none of the haematological parameters (Hb, PCV and MCHC) showed any significant difference (p>0.05) between the trimesters. However, there were significant differences (p<0.05) between each trimester and the control group. The biochemical parameters (serum iron and ascorbic acid) were significantly lower (p<0.05) in pregnant women than the control group. Also they were significantly lower (p<0.05) in pregnant women in the third trimester than those in the first and second trimesters, respectively. However, there was no significant difference (p>0.05) between their values in the first and second trimesters. This supports the fact that iron requirements in pregnancy increase greatly with gestation especially during the third trimester [6].

In our correlation study, there were no positive correlation (p>0.05) between serum iron and ascorbic acid in the first and second trimesters as well as in the control group. But there was positive correlation (p<0.05) between them in the third trimester. This may be interpreted to mean that, as the iron store decreases with increasing gestational age, there is need for an increase in ascorbic acid intake to enhance the absorption of iron supplements which is part of routine drugs (as fesolate) for antenatal women here. Though ascorbic acid from lime juice was found to be ineffective in correction of iron-deficiency when taken with diet high in phytate and non-heme iron [18], it is possible that the use of purified ascorbic acid (vitamin C) may be more beneficial in this direction if used in combination with supplemental iron or heme iron. The effectiveness of dietary ascorbic acid may have to be thoroughly investigated, to make sure that other contents of the diet do not impede the role of the vitamin on iron absorption considering the differing opinions in the previous reports [9,11,18]. The increase in ascorbic acid intake will not only enhance the absorption of iron thereby preventing imminent iron-deficiency anaemia but will also help in prevention of other possible maternal, fetal and neonatal diseases including pre-eclampsia [19,20], massive brain bleeding and lung failure [21], low birth weight and placental weight [22], coronary heart disease and cancer [10], and gastroschisis [23]. Fortunately, there seems to be no limit in ascorbic acid intake since its high intake do not cause iron imbalance in healthy persons and probably even in persons who are heterozygous for haemochromatosis [10]. Though co-supplementation of ferrous salts with ascorbic acid is suspected to play a part in ulceration of gastrointestinal tract [24] due to activation of reactive oxygen and nitrogen species (RONS) by metal ions such as Fe(II) and Cu(I), it is expected that such can be possible only in such ion overdose. Hence in iron-deficiency anaemia and other conditions associated with it like pregnancy, such exacerbation will not be likely.

We express our sincere gratitude to the members of staff of Antenatal Clinic, University of Nigeria Teaching Hospital, Enugu, for their co-operation throughout the study. We are also grateful to members of staff of Departments of Chemical Pathology and Haematology/Immunology of the same institution for their technical assistance.