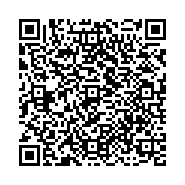 Research on dexmedetomidine and propofol for the treatment of postoperative delirium

Objective: To explore the curative effect of dexmedetomidine and propofol on the treatment of postoperative delirium.

Methods: A total of 60 patients with postoperative delirium were collected by our hospital from March 2015 to March 2016 and divided into treatment group and control group with different therapeutic drug for 30 cases in each group. The patients in control group were treated by propofol. And the patients in treatment group were treated with dexmedetomidine. The therapeutic effect, number of days in hospital, incidence of adverse events and recurrence rate were compared between two groups to investigate the difference of these two drugs.

Delirium refers to the cerebral cortex function obstacle, which belongs to consciousness disturbance. The main outcomes of delirium include confusion, brain function in disorientation, motion excited accompanied by high spirits often, hallucinations or delusions [1]. Main symptoms in clinic include attention defect, decreased consciousness, imperceptions, sleep disorders, and so forth. The postoperative delirium results from multiple factors. With the increasing level of medical treatment and the gradually elongation of people's life, the incidence of disease become increasingly higher [2,3]. A total of 60 patients with postoperative delirium were collected in our hospital from March 2015 to March 2016 and divided into treatment group and control group with different therapeutic drug. The content of research is reported as following.

All patients were conducted regular inspection before drug treatment including biochemical items, blood routine, blood gas analysis and so on. Control group were treated by propofol. The general dosage of adults was 40 mg/10 s. Adult patients no more than 55 y were injected with 2.0~2.5 mg/kg propofol in a single drug repeated with dosage of 25~50 mg [4,5]. Treatment group were treated by dexmedetomidine. 2 ml of Dexmedetomidine was diluted with 48 ml of 0.9% sodium chloride solution before medication. The intravenous drip dosage of adult was 1 μg/kg. The drip speed should not be too fast and drip time should be more than 10 min. Treatment course was in accord with hospitalization days in ICU [6,7].

SPSS 11.0 software was used for statistics and analysis. Hospitalization days as the measurement data were shown as mean ± SD. The independent samples t test was used for comparing. One-way ANOVA analysis was used to compare measurement data including treatment effect, the incidence of adverse events and the recurrence rate. The difference is regarded as statistically significant when P<0.05.

Comparison on the therapeutic effect of two groups of patients

Note: the effect of treatment group is better than the control group. Significant difference was found in two groups (P<0.05) with statistical significance.

Comparison on hospitalization days of two groups of patients

Note: The average hospitalization days of treatment group in ICU were less than the control group. The significant difference was found in two groups (P<0.05) with statistical significance.

Table 2. Comparison on hospitalization days of two groups in the ICU.

Two groups of patients were appeared in adverse events including the inhibition of respiratory, cardiovascular hypotension, bradycardia, endotracheal intubation and so on (Table 3).

Note: The hypotension, bradycardia and incidence of endotracheal intubation of patients in the treatment group were lower than the control group. The significant difference was found in two groups (P<0.05) with statistical significance.

Table 3. Comparison on the incidence of adverse events of patients in two groups.

Comparison on recurrence of patients in two groups

Instrument testing was applied to treat patients with postoperative delirium including the balance of water and electrolyte, nutritional support and so on. Patients tested with instrument were treated by drug. Drug therapy had a good effect, and it could alleviate patient's mental state effectively and improve patient's sleep [16,17]. Propofol was a kind of effective and rapid systemic intravenous anesthetics. It could quickly be metabolized with inhibiting respiration and circulation as well as improving sleep quality in patients [18].

Dexmedetomidine was a selective agonist with good interaction in the central nervous, stronger stimulating effect, better improvement of the sleep quality, diuretic effect, alleviating nervous anxiety effectively, protecting the patient's heart, brain, kidney, tissues and other organs as well as adjusting the neurotransmitters hurted of patients. Compared with propofol, dexmedetomidine had fewer side effects and was more significant for the prognosis of patients with recovery [19,20].

Compared with propofol, dexmedetomidine with less side effects of treatment should be widely used clinically for patients with postoperative delirium.