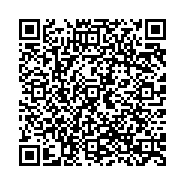 Relationship between obesity and microalbumin in the urine

Microalbuminuria (MAU) refers to a urinary albumin excretion rate of 20-200 μg/min, and the routine examination of the urine showed negative for urine protein, and this is often the best window period for clinical treatment and the reversible phase [1]. The incidence of cardiovascular disease and its mortality increased [2]. Numerous studies show that genetic factors, age, hyperglycemia-related metabolic disorders, abnormal polyol metabolism, oxygen-free radical formation, hemodynamic disorders, and hypertension, among others can cause and aggravate kidney damage, particularly hypertension and hyperglycemia [3-10]. However, other risk factors of metabolic syndrome, such as obesity and lipid metabolism disorders, are related to Diabetic Nephropathy (DN), and this result remains controversial domestically and overseas. Therefore, the distribution of people with microalbuminuria was explored, and the correlation between microalbuminuria and anthropometric indices of Obesity (OB), particularly Body Mass Index (BMI), Waist Circumference (WC), Hip Circumference (HC), Waist-to-Hip Ratio (WHR), and Weight to Height ratio (WTHR), in patients at the People’s Hospital in Chengyang District of Qingdao City was investigated.

Moreover, the optimal cut-off points of MAU were studied, which provided a theoretical basis for treatment intervention.

According to the level of the Urinary Albumin-to-Creatinine Ratio (UACR), 1170 cases are divided into: 1) the NAU group (807 cases: men, 398 cases and women, 409 cases; UACR that is <30 mg/g) and 2) the MAU group (363 cases: men, 175 cases and women, 188 cases; 30 mg/g that is ≤ UACR<300 mg/g). All participants had no history of smoking, drinking, and liver, kidney, lung, and other critical illnesses. No acute infectious diseases, such as urinary tract infection, respiratory infection, and digestive tract infection, are observed. None of the participants took any drugs that affect glucose or insulin metabolism. A written informed consent was obtained from all participants.

MAU refers to internationally accepted standards for diagnosis and staging based on Mogenson and Wang Haiyan’s fourth edition of Nephrology. The provisional criteria are as follows [11]: 1) NAU (UACR that is <30 mg/g), MAU (30 mg/g that is ≤ UACR<300 mg/g), and Clinical Proteinuria (CP) (UACR that is ≥ 300 mg/g). 2) The factors that affect urinary albumin excretion rate, such as heart failure, urinary tract infection, autoimmune diseases, nephrotoxicity, drug history, ketoacidosis, nephritis, and other chronic diseases, are excluded.

Continuous variables were expressed by the mean ± standard deviation (M ± SD) using SPSS16.0. The t test was used between the two groups and to compare the rate of χ2 test, and the significant level was set to 0.05. The Receiver Operating Characteristic (ROC) curve was used to compare the best points of each obesity index to MAU. The contribution of the obesity index to MAU was analysed via regression analysis.

Comparison of the general information of survey participants

UACR was the dependent variable, and age, gender, BMI, WTHR, WC, WRH, TG, TC, HDL, LDL, SBP, DBP, FBG, and UA were the independent variables. Multiple linear regression analysis was conducted. The results show that P<0.05, and age, DBP, FBG, WTHR, WC, and WRH enter into the model and positively correlated. The other independent variables could not enter the model. After the modification of age, sex, FBG, DBP, and other factors and the contribution to MAU in the abdominal obesity index, WTHR had the largest proportion, followed by WC and finally WHR (Table 2).

The partial correlation between obesity indicators

ROC analysis of AOB correlation index for the prediction of MAU

In the recent years, studies have shown that MAU is significantly associated with the risk factors of cardiovascular disease, known as the MS component [12]. The study on adults in the Huayang and Cao Yang community in Shanghai showed that the detection rate of MAU increased significantly with the combination of multiple factors in cardiovascular and cerebrovascular diseases, particularly in cases of hypertension and hyperglycemia. Studies conducted by Chen et al. [13] show that the risk of chronic kidney disease and MAU in patients with MS was significantly higher than in patients without MS [14]. Moreover, studies by Abdul-Ghani et al. [15] depicted that Type 2 Diabetes Mellitus (T2DM) patients with MS had higher rates of MAU and massive proteinuria than in patients without MS. However, only few clinical studies that are related to OB and MAU are available domestically or overseas, particularly those related to AOB and MAU. Weisinger et al. [16] reported for the first time the association between severe OB and proteinuria. Glomerular hypertrophy and focal segmental glomerulosclerosis are presented. Hsu et al. [17] conducted a retrospective study of 320252 healthy volunteers and showed that 1471 patients developed end-stage renal disease. After the modification of other factors, we found participants with a greater BMI are at high risk for end-stage renal disease compared with patients with a normal BMI. The incidence rates in patients with OW who are at high risk for end-stage renal disease were 1.87, 3.57 at one-degree OB, 6.12 at two-degree OB, and 7.07 at three-degree OB. Thus, PHT detection and follow-up program are needed. The data also confirmed that OB is associated with impaired renal function. In 5897 patients with normal renal function, PHT patients were monitored for 5 years after chronic renal failure [18]. The normal BMI was 28%, the OW 31%, and the OB 34%. OW and OB are considered risk factors for chronic renal insufficiency. In a study conducted by Chagnac et al. [19], 8 patients with severe OB but without renal impairment were studied, and the renal function was improved when the BMI was reduced to 32.1 kg/m2.

The above-mentioned studies did not depict the correlation between AOB and MAU. At the same time, most of the studies were performed in patients with renal insufficiency or advanced renal disease, with a minimal discussion of the MAU study. Based on the contribution to MAU size of the abdominal obesity index, such as WC, WHR, and WTHR, WTHR is the largest contributor among these indicators, and the cut-off point of prediction is 0.52, followed by WC and WHR. The cut-off points for men and women were 89.6 cm and 0.88 and 84.5 cm and 0.84 cm, respectively. The WC of the patient should be improved as much as possible, particularly the relative height of WC, and the control of the point of prediction may reduce or delay the occurrence and development of MAU. Hadja et al. [20] showed that in 297 cases serum TG level is an independent predictor of the occurrence and progression of Type 1 Diabetes Mellitus (T1DN). Some studies suggest that dyslipidemia is significantly correlated with the onset and progression of DN, and they interact with each other and form a vicious cycle [21]. No association between dyslipidemia and MAU was found in this study. However, because this study is a cross-sectional study, the relationship between them is impossible to determine. Thus, a follow-up intervention is needed to determine the association of these risk factors with MAU.

We are grateful for the devotion of the following individuals in conducting this study: Changjiang Liu, Xiujuan Shi, Aiqin Gao, We are also grateful to Guang Wei. Lee, for statistical assistance; and Lin Liao, for critical reading of the manuscript. We also acknowledge Michael Biotechnology Co, Ltd. for providing reagent supply during part of the study. We also thank patients of this study support.

All authors have no conflict of interest regarding this paper.