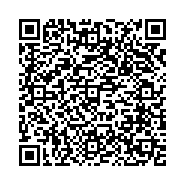 Prevalence of microalbuminuria in Type 2 diabetes mellitus in Northeastern Thailand

An association between urinary albumin excretion and an increased incidence of diabetes mellitus (DM) has already been demonstrated. However, the prevalence of microalbuminuria (MA) in Type 2 diabetes mellitus (T2DM) Thai patients, especially in the northeastern part of Thailand, has not been reported. We, therefore, aimed to conduct a cross-sectional study to investigate the prevalence of urinary albumin excretion in T2DM patients at Nong Wua Saw Hospital, Udon Thani Province, Thailand. A total of 1,025 T2DM patients were enrolled in this study. Spot morning urine samples were screened for elevated urinary albumin excretion (UAE). Positive UAE screening tests were further analyzed for a quantitative measurement of albuminuria. The mean and standard deviation (SD) of the population age was 61.35 ± 10.97 years. The overall prevalence of albuminuria was 33%. The prevalence of macroalbuminuria and MA was 33.3% and 38%, respectively. The demographic profiles and MA showed that T2DM patients at an age>60 years old were found with MA more frequently than those at an age ≤60 years old by up to 1.5-fold (p-value=0.001, OR (95% CI)=1.53 (1.19-1.97)). Moreover, female patients with DM had a higher level of MA than male patients (p-value=0.002, OR (95% CI)=0.67 (0.51-0.88)). The present study showed that the prevalence of MA among T2DM patients was 38%. Age and gender were risk factors for the development of MA. Early detection and awareness of these factors can improve patient prognosis and reduce the burden of overt DM nephropathy in future studies.

Coronary Diabetes mellitus (DM) consists of two types including Type 1 diabetes mellitus (T1DM) and Type 2 diabetes mellitus (T2DM). T1DM or insulin-dependent diabetes mellitus (IDDM) is a form of diabetes in which very little or no insulin is produced by the pancreas. It used to be called juvenile-onset diabetes because it usually develops at a young age. T2DM or non-insulin-dependent diabetes mellitus (NIDDM) is a chronic disease. It is characterized by high levels of sugar in the blood, insulin resistance, and a relative lack of insulin. T2DM also used to be called adult-onset diabetes because it used to start almost always in middle- and late-adulthood [1]. T2DM has emerged as the new pandemic of the 21st century, and it is estimated that 80% of people with diabetes live in low- and middle-income countries [2]. It is also estimated that there were 415 million people with T2DM worldwide in the year 2015, and the number of people with diabetes aged 20-79 years is predicted to rise to 642 million people by 2040 [3]. More than 60% of patients with T2DM live in Asia, with almost one-third in China [4]. Thailand is among the countries in Asia with a high prevalence of T2DM [5]. T2DM continues to grow in the Thai population from the year 2013 to 2035 [6]. Among the 200,000 deaths annually among the Thai population with chronic non-communicable diseases, about 30,000 deaths are attributed to T2DM [7].

T2DM is the leading cause of end-stage renal disease worldwide [8]. Microalbuminuria (MA) has been established as an early marker of both diabetic nephropathy and vascular disease in patients with diabetes mellitus (DM) [9,10]. MA is one of the early markers not only of diabetic nephropathy but also of cardiovascular disease morbidity and mortality in patients with diabetes [11,12]. The presence of MA in the urine of persons with T2DM is perhaps the most important early signal heralding the onset of systemic vasculopathy, and it is associated with target organ damage such as the brain, heart, and kidneys [13-15]. A study in the north-eastern region of Thailand demonstrated that the highest prevalence of T2DM in Thailand was found there [16]. Specifically, UdonThani Province in the north-eastern part of Thailand has the largest number of diabetic subjects. Therefore, the study of MA among patients with DM in that province is essential to assess the burden of diabetes. In the present study, the prevalence of microalbuminuria and macroalbuminuria among Type 2 diabetic patients being attended to at diabetescentre in NongWua Saw Hospital, Udon Thani Province, Thailand, was explored.

Patients who were diagnosed with T2DM and being attended to at Nong Wua Saw Hospital, Udon Thani Province, from January to December 2018 were enrolled in the present study. T2DM was diagnosed based on the World Health Organization (WHO) study group report criteria [17].

The retrospective data of patients with T2DM including their age and gender were collected and extracted. The protocol of this study was approved by the NongWua Saw Hospital and the Ethical Clearance Committee on Human Rights related to researches involving human subjects of Walailak University (EC number). Informed consent was not obtained since this research was a retrospective study. The data files of patients were kept in a file with a password in order to protect the privacy of patients. The names and ID numbers for each patient were removed from the files before data analysis.

Data analysis was performed to calculate frequency and data distribution by SPSS Software, Version 11.5 for Windows. The normality of data was evaluated by the Kolmogorov-Smirnov test. Data was described and analyzed with a parametric test, or a non-parametric test for non-normally distributed parameters. MA level was evaluated for association with a patient’s general characteristics using the Chi2-test. The level of type I error was α=5%, and p-value < 0.05 was considered significant.

The present study was the first to report the prevalence of MA in T2DM patients at the NongWua Saw Hospital, UdonThani Province, Thailand. A prevalence of MA was exhibited among 38% of the patients with T2DM who were being attended to at a diabetic clinic in NongWua Saw Hospital. Our study showed the association between age and the presence of MA. An older age was associated with MA because of the longer duration of DM. The results were similar to those results of other previous studies [19,20]. The possible explanation for this finding was that the prevalence of MA increased significantly with the increasing numbers of metabolic syndrome, a cluster of metabolic disorders including insulin resistance, obesity, atherogenic dyslipidemia, and hypertension, which are frequently found in the elderly population [21,22].

The present study found that female patients with DM had a significantly positive correlation with MA. This result was similar to another previous study [23]. It can be explained by some researches, which showed that there are more women than men with diabetes, especially in developed countries [24]. Similarly in Thailand, the overall prevalence of diabetes in Thai adults aged ≥ 20 years was 9.9%, with a higher prevalence among women (10.8%) than men (8.9%) [25]. Moreover, Thai women were estimated to be overweight by more than 10% when compared to Thai men [26]. This may be the cause of DM, which was associated with the differential level of MA in both sexes.

There were some limitations in our study. Firstly, there was a small sample size. Secondly, the measurement of MA was performed only once, which did not match with the definition of the MA test. Nevertheless, the results of the present study provided evidence of MA in patients with DM. Moreover, the correlation between the characteristics of patients with DM and the level of MA among the Thai population was also revealed in the present study.

In conclusion, MA is common in DM Thai patients. Patients at an older age were associated with an increased level of MA. In addition, female patients had a higher level of MA than male patients. The detection of MA in patients can be useful for the screening of DM during annual health check-ups. Moreover, MA may be adopted as a marker among patients with T2DM. The results of the present study will help optimize care and reduce the burden of overt DM nephropathy in future studies.

The authors are grateful to and would like to specifically thank Mr. Dave Chang for language editing of this article.