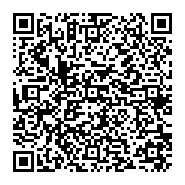 Objective: To examine the change in Procalcitonin (PCT) during the perioperative period of primary total hip replacement and to investigate the diagnostic value of PCT for prosthetic joint infection.

Methods: Serum C-reactive protein (CRP) and Erythrocyte Sedimentation Rate (ESR) were measured and analysed in 36 patients with primary hip replacement both before the surgery and 1, 4, and 10 d after surgery between June 2013 and March 2017.

Conclusion: Compared with CRP and ESR, PCT had a short peak time and exhibited high specificity, and detection of PCT combined with CRP and ESR can improve the diagnostic rate of early prosthetic joint infection.

Various artificial joints that are widely used in clinical practice have shown desirable clinical results and are considered effective for the treatment of different types of ultimate joint disorders. Infection after arthroplasty is a commonly occurring and devastating complication in artificial joint replacement. It often requires removal of prosthesis until the infection is controlled before reimplantation if infection occurs. Treatment of the condition becomes difficult with many complications, long treatment cycle, and high cost, seriously affecting the quality of life of the patients. In addition, the condition increases the economic burden of the affected individual and society in general, and the clinical effect is far less ideal after revision surgery than after the primary operation [1]. Thus, effective diagnosis of infection after joint replacement is an urgent concern in joint surgery and has drawn research interest.

Serological testing is the most commonly applied method of monitoring infection after artificial joint replacement, including C-reactive protein (CRP), Erythrocyte Sedimentation Rate (ESR), and White Blood Cell (WBC) count. However, these indexes are affected by many factors, such as the degree of infection, immune status of the body, and so on; thus, the condition of the infection and postoperative acute phase response are not clearly distinguished. In addition, the specificity and sensitivity of the diagnosis are considerably limited. Early infection is difficult to diagnose after joint replacement [2,3].

As a new serological marker, the Procalcitonin (PCT) level can be significantly increased in the early stage of bacterial infection and systemic infectious diseases. Several studies have also shown that PCT is a sensitive index of systemic infection, which is markedly higher in bacterial infection but not significantly increased in viral infection. Thus, PCT has been widely used in bacterial infectious diseases [4,5]. Our study aims to investigate the dynamic changes in PCT in patients with artificial joint replacement patients before and after surgery to understand the normal dynamic change curve. Moreover, changes in the PCT peak were observed and compared with the CRP and ESR levels to evaluate the role of PCT in monitoring infection after arthroplasty.

A total of 36 patients who underwent artificial hip replacement were enrolled in our hospital from June 2014 to March 2017. These patients consisted of 20 males and 16 females with ages ranging from 39 to 85 y. The cases included 16 femoral head necrosis, 8 osteoarthritis of the hip, and 12 old femoral neck fracture. Inclusion criteria were artificial total hip arthroplasty; absence of systemic or surgical site infection prior to surgery; and absence of infection or other serious complications postoperatively and during the follow-up period. Exclusion criteria were as follows: autoimmune disease in the active stage, such as ankylosing spondylitis, rheumatoid arthritis; patients with systemic or local infection; and severe underlying diseases, such as severe diabetes.

All patients were treated with general anesthesia. All procedures were performed through a posterior approach and cementless prosthesis (biological fixation) were applied in all patients. Preoperative 30 min intravenous infusion of ceftazidime and continued application of 24~48 h after operation after surgery. Fasting venous blood samples were collected from all patients for simultaneous PCT, CRP, and ESR detection the morning prior to surgery and 1, 4, 7, and 10 d postoperatively. Age, gender, and disease types were also recorded. PCT was detected by immunofluorescence, CRP by enzyme-linked immunosorbent double antibody sandwich, and ESR by Westergren method.

The software SPSS 17.0 was used to statistically analyse the data, and the results were expressed as mean ± standard deviation (x ± s). Pairwise comparison of all patient data was conducted before and after surgery. One-way ANOVA was employed to compare the 3 groups: the fracture, femoral head necrosis, and arthritis groups. P<0.05 was considered statistically significant. All tests were two-tailed.

The results for PCT, CRP, and ESR in all patients preoperatively and 1, 3, 5, and 7 d postoperatively are listed in Table 1.

Table 1. The results for PCT, CRP, and ESR in all patients preoperatively and 1, 3, 5, and 7 d postoperatively.

Effect of disease type on results

To verify whether the variation in disease type can affect the results, all patients were divided into 2 groups: 16 cases of osteonecrosis of the femoral head and 12 cases of old femoral neck fracture. No significant difference in serum markers at the same time points was observed between the groups (P>0.05).

Serological testing is currently the most widely used, most economical, and most effective method of monitoring infection after artificial joint replacement [6]. Serological indicators such as CRP, ESR, and WBC are commonly used. CRP, an acutephase protein synthesized by the liver after infection or tissue injury, forms part of the mechanism of the non-specific immune system. CRP increases not only when bacterial infection is present; it is also elevated after surgery and in the presence of a viral infection and other non-infectious factors; the CRP level remains high for several days after the infection is controlled [7,8]. ESR refers to the sedimentation rate of red blood cells under certain conditions. It is typically consistent with the disease activity of the patient; that is, the higher the severity of infection, the higher the ESR. ESR is easily affected by many factors; inflammation, tumor, and connective tissue disease in acute stage can lead to an increase in ESR. Thus, ESR has a low positive predictive value [9,10]. WBC and its classification are regarded as traditional markers of inflammation, which are commonly used to evaluate patients who are likely to be infected and as a basis for the application of antibiotics. However, peripheral WBC is affected by various factors, including the degree of infection and the immune status of the body; in addition, WBC exhibits a considerably limited specificity and sensitivity for the diagnosis of infection [11].

PCT, a group of glycoproteins consisting of 116 amino acids, is a hormone-free calcitonin gene-related peptide with a molecular weight of 13 Ku. PCT exhibits good stability both in vitro and in vivo. PCT is easily produced and secreted in many types of cells and tissues (such as those in the liver and lung cells) stimulated by lipopolysaccharide, tumor necrosis factor, and other factors under abnormal conditions and in the presence of a bacterial infection. A significant increase in serum CT propeptide is observed. The PCT precursor enters the endoplasmic reticulum and is converted into PCT via a number of reactions, such as glycosylation. The concentration of PCT is highly expressed [12,13]. PCT is involved in organ inflammatory damage in systemic inflammatory response syndrome, and its role in vivo remains unclear [14]. Studies indicate that PCT is a sensitive index of systemic infection and is increased significantly in bacterial infection; meanwhile, no significant increase occurs in viral infection. However, both CRP and ESR are increased in bacterial and viral infection, hindering the identification of the infection [15,16]. Therefore, PCT is significant not only in the early diagnosis but in the differential diagnosis of infection as well. Serum PCT is widely used in many departments because of its advantages such as high specificity and availability.

Our results are consistent with those reported in the literature. Bottner et al. [17] evaluated the role of biomarkers in the diagnosis of periprosthetic joint infection, and showed serum PCT might be useful in identifying patients with true positive CRP and/or IL-6 levels. Similarly, Glehr et al. [18] compared PCT with conventional laboratory markers, and found, the same as conventional inflammatory markers such as CRP and leukocyte level, PCT was helpful for detecting periprosthetic joint infection associated with revision arthroplasties.

This study was supported by the General Program of Hospital Management Center in Wuxi City, Jiangsu Province (Grant No. YGZXM1536), China.