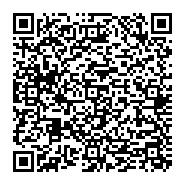 Objective: This paper aims to discuss the clinical effect of aspirin combined with oxiracetam in vascular cognitive impairment.

Method: A total of 100 vascular cognitive impairment patients who were treated in hospitals from Apr 2016-2017 were collected and divided randomly into observation (n=50) and control groups (n=50). The control group was treated with aspirin, whereas the observation group was treated with aspirin combined with oxiracetam. The scores of cognitive impairment grade (MMSE) and activities of daily living (ADL) of the two groups before and after the treatment were observed.

Vascular Cognitive Impairment (VCI) is a class of clinical syndromes that gradually develops from light cognitive impairment to dementia [1]. Moreover, approximately half of VCI patients are stroke patients. Due to the long course of VCI, patients and their family members could not discover symptoms and receive timely treatment [2]. When patients consult a doctor for severely decreased capacity for activities of daily living and lapse of memory, the disease has already become irreversible and can only be controlled by drugs. However, no single effective drug for VCI has been discovered yet [3,4]. In this experience, aspirin combined with oxiracetam was adopted to treat 100 VCI patients. Results are reported in the following text.

Inclusion standards: Diagnosed with VCI by head CT or MRI; aged 50-85; haemorrhagic stroke: including subarachnoid and cerebral haemorrhages; all patients have been approved by the Ethics Committee of the Hospital and signed the Informed Consent Form.

After a four-week treatment, the total clinical effect of the observation group was 90.0%, which was significantly higher than that (68.0%) of the control group (P<0.05). Results are shown in Table 1.

Table 2: Comparison of ADL and MMSE scores of the two groups before and after the treatment (scores, ͞x ± S).

Comparison of quality of life between two groups

After the treatment, the observation group showed significantly higher quality of life than the control group (P<0.05). Results are shown in Table 3.

Table 3: Comparison of the quality of life between the two groups.

VCI is a disease with stroke basis and has a causal relationship with cognitive impairments. Memory is relatively maintained or damaged slightly, whereas the attention and executive functions are destroyed significantly [5]. The course of the disease develops in a fluctuating manner. No unified international standard on the diagnosis of VCI has been reached yet, thereby complicating the discovery of nondementia cognitive impairments. The concept of VCI can cover all the degrees of cognitive impairments related to vessel risk factors and cerebrovascular diseases, and can facilitate early diagnosis and intervention to effectively relieve dementia [6]. Patients with VCI suffer damages in mitochondria and blood vessels. Patients have significantly low blood perfusion than healthy people and suffer from serious Alba damages. VCI is a class of syndromes that evolves gradually. Initially, patients only show slight cognitive impairments or lapse of memory. However, the disease develops gradually, becomes irreversible, and ends in senile dementia, with reduced blood supply and progression of cerebral parenchymal damage [7].

Approximately half of stroke patients may suffer from VCI. After stroke, the patient’s living ability decreases and he becomes insensitive to physical changes. Moreover, early symptoms are not obvious and most patients only seek treatment after the irreversible dementia, in which serious injuries of blood vessel and serious blood supply problems are observed, thereby resulting in significant changes in brain parenchyma [8]. Therefore, effective early diagnosis and intervention of VCI can afford extended treatment time for patients. Delaying the rapid deterioration of blood vessels and brain parenchyma is the key of VCI treatment. Due to the diversified etiological agents, involvement of multiple path mechanism of molecules, cell changes, and poor target effect of drugs, no single drug for relieving the symptoms has been discovered yet. Furthermore, the combined use of drugs was thought to improve therapeutic effects [9]. Therefore, multiple drugs were used in this experiment to discuss combined clinical effects.

Aspirin is a new drug that is used to interdict brain ischemic injury and recover blood supply in some regions. It has significant therapeutic effects in the early treatment of cerebral infarctions and has been applied in clinics for years. Aspirin can significantly improve nervous deficits caused by cerebral ischemia. The main mechanism is that [10]: (1) aspirin can increase the hemoperfusion area, improve cerebrovascular microcirculation, avoid further brain parenchymal injuries, relieve encephaledema, and prevent the rapid rise of intracranial pressure; (2) it can decrease arachidonic acid in patients’ bodies and interdict the metabolism and transformation of esters, thereby reducing the Ca2+ carriers. The channels for the drainage of Ca2+ from the calcium are closed, thereby reducing intracellular Ca2+ concentration and improving cognitive function to some extent. Oxiracetam is a new generation of γ-lactam drug for improving cerebral functions. Its main mechanism is: (1) it can penetrate the blood brain barrier quickly and act on the nervous centralis of the patients to activate brain cells in corresponding regions; (2) it can combine with protein kinases organically to improve the depolarization frequency of memory neurons and enhance the cognitive and memory functions of patients; (3) it can strengthen plasticity changes in the brain and prevent further blood vessel injuries, thereby resulting in irreversible senile dementia. According to the analysis of our results, the observation group that treated with aspirin combined with oxiracetam achieved significantly lower ADL scores, far higher MMSE scores, and higher total clinical effects (90.0% vs. 67.5%), compared with the control group that treated with aspirin only (P<0.05).

In brief, the combined use of aspirin and oxiracetam for VCI not only can enhance activities of daily living, delay lapse of memory, and increase total clinical effect significantly, but is worthy of application in clinics.