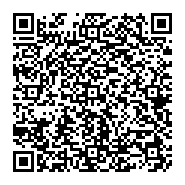 Objective: This study investigated the expression of chemotactic factor CCL5 in gastric cancer tissue and its correlation with macrophage marker CD86.

Methods: Fifty patients diagnosed with gastric cancer in our hospital from Jan 2015 to Dec 2016 were selected. Pathological tissue samples were tested.

Results: The expression levels of CCL5 and CD68 correlate with tumour size, degree of tumour invasion, lymphatic metastasis, pathological grading and tumour thrombus but are unrelated to patient age and gender. A significantly positive correlation exists between the expression of CCL5 and CD68 in gastric cancer tissues (r=0.814, P<0.05).

Conclusions: High expression levels of CCL5 and CD68 promote the growth and spread of gastric cancer tissues, lymphatic metastasis, and tumour differentiation. CCL5 and CD68 positively correlate with each other and could be used as new therapeutic targets for gastric cancer.

Gastric cancer is a common gastrointestinal tumour characterized by rapid lesion development and poor prognosis. However, gastric cancer does not cause early symptoms. Symptoms likely appear in the middle and late stages and are observed upon physical examination or when the patient misses the optimal treatment time [1]. Therefore, early diagnosis of gastric cancer is essential, and cytokine detection is regarded as a potential diagnostic tool.

Previous studies reported that tumour-associated macrophages increase the incidence and development of gastric cancer [2]. Furthermore CD68-positive macrophages are an independent risk factor that influences the prognosis of patients after radical surgery for gastric cancer. Gastric environment may also induce the activation of macrophages, resulting in the secretion of cytokines and chemotactic factors that facilitate tumour growth and transfer [3]. Previous studies revealed that tumourassociated macrophages facilitate the angiogenesis of gastric tumour tissue and lymphatic metastasis through the expression of Vascular Endothelial Growth Factor (VEGF) and VEGF-C. Results demonstrated that CCL5, a member of the Chemotaxis Cytokine (CC) family, facilitates the spread of various types of tumour tissues [4].

It enhances tumour cell invasion by regulating metalloprotease and increases the expression of cell adhesion molecules. Previous studies revealed some irregularities in the serum expression levels of total CCL5 in gastric cancer patients. These irregularities are closely related to the occurrence, development, and transfer of gastric cancer tissues. However, no related cases have been reported in the Chinese population.

In the present study, the CCL5 expression in gastric cancer tissues and the correlation between CCL5 and CD68 were analysed using immunohistochemistry. This study serves as a theoretical basis for the early diagnosis of gastric cancer and provides outcome factor information.

Fifty patients diagnosed with gastric cancer in our hospital from Jan 2015 to Dec 2016 were selected. This study has been approved by the Medical Ethics Committee. In addition, all patients and family members have signed the Informed Consent Form.

Agreement to the diagnosis standard of pathologic histology; complete clinical data of patients; Patients and family members are informed about the study and signed the Informed Consent Form.

Histopathological grading of gastric cancer: In this study, gastric cancer was divided into four grades (I, II, III and IV) by the TNM staging system (7th edition in 2010) in accordance with the American Joint Committee on Cancer/Union for International Cancer Control. Higher the grade, the more serious the cancer will be.

Pathological tissue collection of patients: Fifty patients diagnosed with gastric cancer in our hospital from Jan 2015 to Dec 2016 were selected. Pathological tissue samples were obtained from patients without necrosis but with increased tumour cells.

CCL5 and CD 68 tests by immunohistochemistry: The SP method was used for immunohistochemical staining. In specific, samples were processed by slice de-waxing and dehydration and then rinsed with PBS two to three times for 5 min each. Subsequently, the samples were immersed in 80% methyl alcohol, incubated at 37°C for 10 min, and then washed with PBS. Citric acid buffer solution (0.01 mmol/L) was added, and the mixture was placed at a constant temperature of 95°C for 10 min before washing it with PBS. Later, a few drops of normal goat serum confining liquid were added. The room temperature was maintained at 20°C, and excessive liquids were eliminated. Subsequently, 50 μL of CCL5 and CD68 were poured and then incubated at 4°C overnight. The mixture was rewarmed at 37°C for 50 min, washed with PBS, added with 50 μL of the second antibody, incubated at 37°C for 1 h, and then washed again with PBS. SP solution was added and then incubated at 37°C for 30 min. DAB colour development was performed for 10 min, followed by PBS washing, redyeing with haematoxylin for 5 min, differentiation of hydrochloric acid, rinsing with pure water for 15 min, dehydration, hyalinization, sealing, and microscopic examination. Each dyeing set of positive and negative control groups and PBS solution was used to replace the negative control of the primary antibody. The known positive slices were used as the positive control.

The testing samples were selected and analysed under a microscope. Positive immunohistochemical results show sepia, brown, and yellow staining. The staining degrees and proportions of positive cells in slices were scored and calculated in fraction. Deeper colour corresponds to higher scores, that is, 3 for sepia, 2 for brown, 1 for yellow and 0 for no dyeing. Five high power fields (× 400) were randomly observed. In each field, 100 cells were counted, and the population with positive dyeing among 500 cells was calculated. Results showed a score of 0 for the proportion of positive cells lower than 5%, 1 for 6%-25%, 2 for 26%-50%, 3 for 51%-75% and 4 for above 75%. These two scores were added, and cells with a score of 4 or higher were determined positive; otherwise, cells were determined negative. Any dispute on scoring results was solved by majority voting of three doctors.

In this study, SPSS19.0 was used to calculate the descriptive statistics. Measurement data were expressed in (x̄ ± s), and then the results were tabulated using Microsoft Excel 2007. The enumeration data comparison used χ2-test, and correlation between two variables was calculated by r value. Statistical significance was considered at P<0.05.

Correlation between CD86 expression in gastric cancer tissues and factors

The expression of CD86 in gastric cancer tissues is related to tumour size, degree of invasion, lymphatic metastasis, pathological grading, and tumour thrombus but is unrelated to patient age and gender (Table 1).

Correlation between CCL5 expression in gastric cancer tissues and factors

The expression of CCL5 in gastric cancer tissues is related to tumour size, degree of invasion, lymphatic metastasis, pathological grading, and tumour thrombus but is unrelated to patient age and gender (Table 2).

Correlation analysis indicates a positive correlation between the expression levels of CCL5 and CD68 in gastric cancer tissues (r=0.814, P<0.05).

Recently, the incidence rate of gastric cancer in China has increased. The recurrence rate and mortality of gastric cancer are also increasing due to the diffusion and transfer of cancer cells despite the radical surgery of stomach cancer [5]. Previous studies on malignant gastric tumour reported that the existing operative treatment assisted with chemoradiotherapy has difficulty achieving new breakthroughs. Therefore, more attention is paid to enhancing the targeted therapy for gastric cancer. Research results demonstrated that gefitinib inhibits mesenchymal stem cells from secreting CCL5 [6]. This situation prevents the production of receptor tyrosine kinase of epidermal growth factor and interdicts the proliferation of tumour cells through a series of reactions. However, most studies only focused on pharmacological treatments rather than CCL5 therapy [7]. The specific role and the corresponding mechanisms of CCL5 in the incidence and development of malignant tumour in the stomach remain to be elucidated. In the present study, the expression levels of CCL5 and tumourassociated macrophage marker CD68 in malignant stomach tumour were further studied to find new therapeutic targets for gastric tumour.

Tumour-associated macrophage is an important component of the tumour stroma in the immune system. Results showed that tumour-associated macrophage can secrete many types of factors, such as cytokines and chemotactic factors [8]. A large amount of factors can convert epithelial cells in the human body into mesenchymal cells through functional coordination, thus enhancing cell spreading and transfer. According to previous studies, growth of tumour-associated macrophage in human bodies accelerates the development of malignant tumours in the stomach and decreases the survival rate of patients. In the present study, the expression of CD68 is unrelated to patient age and gender but is positively correlated with the severity indexes of tumour tissues, such as tumour size, degree of invasion, and tumour transfer [9].

CCL5 is mainly expressed in blood platelets, fibroblasts, renal tubular epithelial cells, lymphocytes, and macrophages. It is a small-molecular protein (about 8 kD in size) that is mainly secreted by CD8+T lymphocytes and macrophages. Previous studies proved that CCL5 induces various effects, ranging from chemotaxis to granulocyte accumulation, by combining with specificity receptors [10]. CCR5 is the most important specificity receptor with high affinity. The combination of CCL5 and CCR5 activates G protein through chain reactions and thereby increases Ca2+ concentration in cells. Activation of G protein is accompanied by catalysis, causing growth and spread of granulocytes and monocytes. Previous research reported that CCL5 and CCR5 are closely related to the spreading and transfer of malignant tumour cells. Moreover, the expression levels of CCL5 and CCR5 in the bodies have a close tie with the prognosis of patients with cancer. Blocking cancer tissues by combining CCL5 and CCR5 significantly increases the survival rate of patients with gastric cancer. In the present study, the expression of CCL5, similar to that of CD68, is unrelated to patient age, gender, and tumour transfer but is positively correlated with the severity indexes (e.g., tumour size, degree of invasion, and differentiation) of tumour tissues. Moreover, the expression levels of CCL5 and CD68 are positively correlated with each other. However, these research conclusions only involve data correlation, and inadequate evidence is provided on whether they cooperate or could add simply in tumour development.

High expression levels of CCL5 and CD68 facilitate growth and spreading of gastric cancer tissues, lymphatic metastasis, and tumour differentiation. A positive correlation exists between them. Both CCL5 and CD68 could become new therapeutic targets for gastric cancer.