Effect of vestibular stimulation on stress and cardiovascular parameters in healthy college students.

Stress is a major public health problem, which affects most of the systems of the body [1]. Untreated stress leads to depression and adversely affects quantity and quality of life [2]. Mild form of stress may be beneficial, but persistently high stress is detrimental to mental health [3]. Indeed in a recent study, fifty percent of students were reported to have pre hypertension during regular classes [4]. Stress activates hypothalamic- pituitary-adrenal axis and increases secretion of cortisol. Measurement of salivary cortisol is a convenient and valuable alternative to measuring plasma cortisol levels as it is a non-invasive method and accurately reflects the free, biologically active cortisol levels in plasma. Moreover, salivary cortisol levels are not affected by salivary flow rate [3].

240 Healthy college students (120 males and 120 females) aged 18-24 years of either sex participated in this research after obtaining written consent from them. Participants with drug/ alcohol abuse, and those taking any kind of medication or suffering from any somatic or mental disorders or ear infections or any vestibular disturbances, participants with a history of use of corticosteroids in the past year, students with a history of antidepressant medication, and students on hormone supplements including oral contraceptives and those with cardio-respiratory disorders were excluded. Selected participants were randomly assigned to four groups.

Vestibular stimulation was administered by making the participants to swing on a swing in back to front direction, according to their comfort, as mentioned earlier [23].

All the parameters were recorded between 1 to 2 pm to minimize diurnal variation.

Participants were given a questionnaire of 20 items for scoring stress scale. The questionnaire was available from public domain of (Ministry of Social Security, National Solidarity and Reform Institutions, (www.gov.mu/portal/sites/ suicideprevention/file/student) [13]. The psychological questionnaire was used in consultation with psychiatrist of our hospital.

Studies consistently report high correlations between serum and saliva cortisol levels, indicating that salivary cortisol levels reliably reflect serum cortisol levels [14,15]. Participants were instructed in advance not to drink or eat anything except water one hour before saliva collection to minimize interference of food debris and salivary stimulation. About 1 ml of unstimulated saliva was collected by saliva bio passive drool method following the standard guidelines provided by Salimetrics lab. Samples were stored at -20°C. Samples were analyzed by using Salimetrics assays, cortisol (expanded range) ELISA kit (saliva) 1-3002 in consultation with experts in the clinical lab. Same person who was blinded to the group performed ELISA of all the samples. 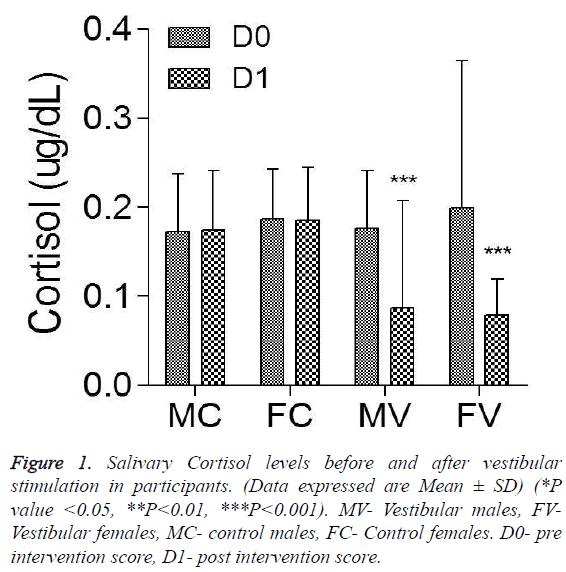 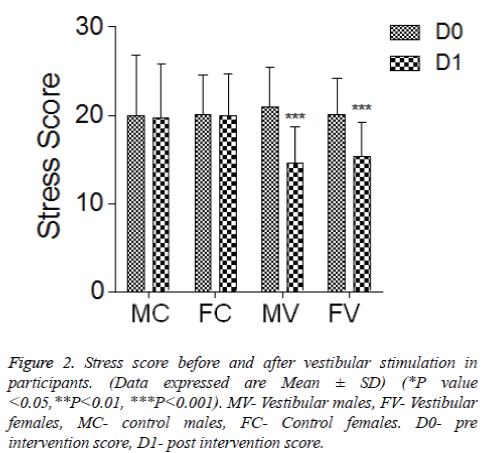 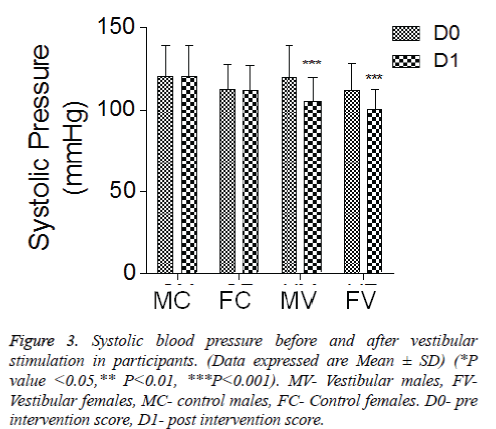 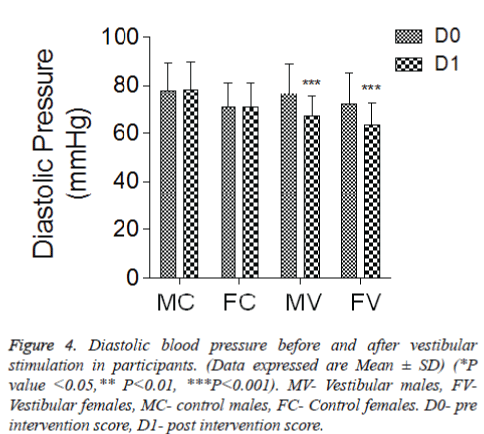 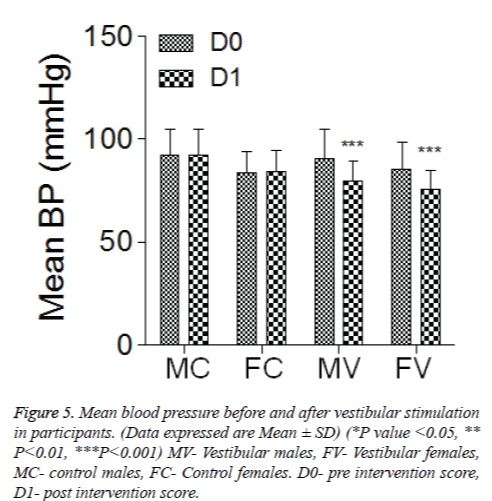 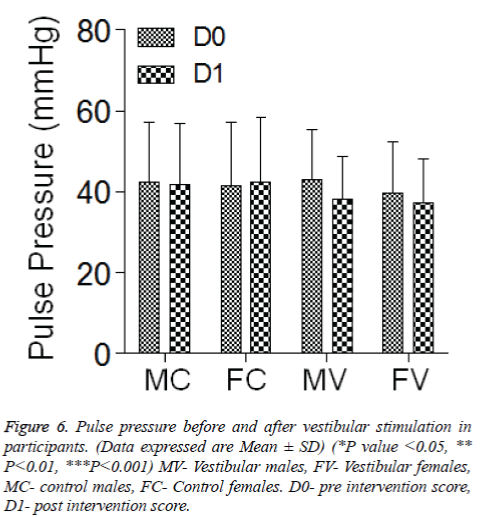 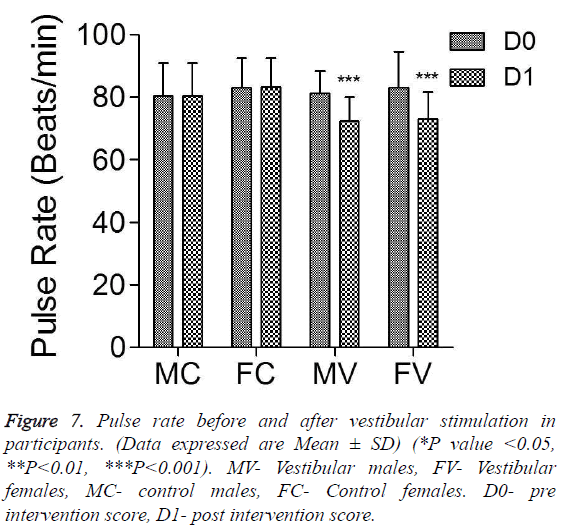 We could not exclude the effect of movement activity and norepinephrine release on the evaluated indices, as we have no suitable control group for this purpose. Hence the findings from this study should be interpreted considering these limitations.

We would like to thank the students, for participation in this study. We also acknowledge Rev. Fr. Dr. Paul V Madan, Director, Little Flower Hospital and Research Centre, for his encouragement and support. We thank Ms. Jithina Krishnan for efficient technical and secretarial assistance. We acknowledge Industrial Electronic & Allied Products, Pune, India for sponsoring Digital BP instruments. We also acknowledge International Stress Management Association India (ISMAIND) for sponsoring salivary biomarker ELISA kits. Special thanks to Dr C J Joseph, Consultant Psychiatrist of Brain and mind Clinic, Little Flower Hospital and Research centre for his constant support and suggestions throughout the study. The abstract was presented as a poster at the 36th annual conference of Indian Association of Biomedical Scientists (IABMS) held at Pondicherry University, Pondicherry, India in December 2015.