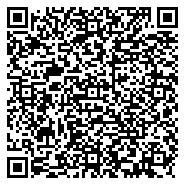 Aim: This study is to investigate the clinical outcomes of 23-gauge Pars Plana Vitrectomy (23G PPV) for the management of Posterior Capsule Rupture (PCR) with vitreous loss in phacoemulsification immediately.

Conclusion: The postoperative complications were significantly reduced in treatment of PCR with vitreous loss in phacoemulsification by 23G PPV immediately, and the postoperative outcomes were satisfactory.

Posterior Capsule Rupture (PCR) with vitreous loss is a serious complication in phacoemulsification for cataract that will cause serious consequences. Notwithstanding the surgical technique and equipment progressively improved, PCR is still difficult to avoid due to the difference of the patient's own situation and the experience of surgeons [1]. The patient's own condition includes eye and systemic risk factors. Ocular risk factors contain deep eye socket, high myopia, small pupil, shallow anterior chamber, capsule exfoliation syndrome etc. Systemic risk factors contain severe obesity, Marfan syndrome, diabetes, high blood pressure. The experience of surgeons is more important compared to the patient's own situation. The incidence of PCR with vitreous loss is about 3.6%-4.4% [2-4]. For experienced surgeons the incidence could be reduced to as low as 0.68% [5], however, it could be up to 19% if the surgeon is in the learning phase [6].

PCR with vitreous loss should be actively managed. The conventional method was using the vitrectomy system comes with the ultrasound emulsification instrument to perform anterior vitrectomy across the main corneal incision, under perfused from secondary incision. However, this method may lead to poor postoperative vision and a variety of complications such as corneal matrix edema, vitreous hemorrhage, uveitis and even infectious endophthalmitis. From March 2014, 23-gauge Pars Plana Vitrectomy (23G PPV) was adopted in the treatment of the PCR with vitreous loss in our hospital, and the patient expressed satisfaction with the postoperative effect. To investigate the clinical outcomes of 23G PPV for the management of PCR with vitreous loss in phacoemulsification immediately, the study was performed. To this end, in this study, retrospective analysis was performed to unravel the merits of 23G PPV.

In order to understand the baseline characteristics of the study, the patient's demographic data and clinical data were collected. The average age was 73 ± 4.85 y old in group A, and was 75 ± 7.23 y old in group B. There was no significant difference between the two groups (Table 1, P>0.05). The incidence of PCR with vitreous loss was 2.91% in group A, and was 3.44% in group B, the difference between the two groups was not statistically significant (Table 1, P>0.05). At the same time, the preoperative visual acuity of the two groups had no statistically significant difference (Table 2, P>0.05). These results indicated that the two sets of baseline data were comparable.

Table 1. Comparison of the age and the rate of PCR with vitreous loss between groups A and B.

Table 2. Comparison of the preoperative visual acuity between groups A and B.

In order to study the postoperative complications of the two groups, the subjects were followed up and the relevant information were collected. All patients of two groups had not endophthalmitis and explosive choroidal hemorrhage. For short term complications, there were 16 eyes with short term corneal stromal edema in group A and only 4 eyes in group B. The difference between the two groups was significant (Table 3, P<0.05). Similarly, for short-term high IOP (<1 W), the frequency of occurrence in the group A was significantly higher than that in group B (P<0.05). The probability of longterm severe complications in group A was as high as 45%, which was significantly higher than that in group B (7%). These results suggested that the postoperative complications can significantly reduce in treatment of PCR with vitreous loss in phacoemulsification by 23G PPV immediately compared to conventional methods.

Table 3. Comparison of the postoperative complications between group A and group B.

In order to understand the posterior vision recovery, the postoperative visual acuity of the subjects was evaluated. After the surgery, all complications were controlled completely, the average best corrected visual acuity was 0.4 ± 0.32 in group A, and was 0.6 ± 0.21 in group B, the difference between the two groups was statistically significant (P<0.05) (Table 4). The results showed that the group B had a better therapeutic effect compared to group A.

Table 4. Comparison of postoperative visual acuity between groups A and B.

With the perfection of technology and the improvement of equipment, the phacoemulsification for cataract has been very mature. Because of its advantages such as short operation time, less injury, faster postoperative recovery, less complications, and so on, it has become a routine cataract surgery. PCR in phacoemulsification for cataract is the most common complication. Improper settlement of the complication may lead to serious consequences, such as explosive choroidal hemorrhage, nuclei lentis fell into the vitreous cavity in surgery, secondary glaucoma, corneal endothelium decompensation, vitreous hemorrhage, retinal tear, retinal detachment, choroidal detachment and IOL shedding [7-12].

PCR can occur in every part of the operation, while in the process of emulsification nuclei lentis and suction cortex lentis relatively the occurrence of PCR is common [13]. The method to deal with the PCR is the key to reduce postoperative complications and improve postoperative visual acuity. The PCR, if it is just a small hole without vitreous body prolapses and was found in time, the settlement maybe simple relatively by using viscoelastic agent. However, PCR with vitreous loss is more complex for settlement. Traditional methods are usually performed using the vitrectomy system comes with the ultrasound emulsification instrument to cut off anterior vitreous and residual lens tissue, under perfused from secondary incision. As the eye closes poor, IOP can’t maintain, which may lead to explosive choroidal hemorrhage in surgery. The water flows in anterior chamber perfused from secondary incision not only damage the corneal endothelium, but also affect the doctor’s field of vision. At the same time, because of residual lens and vitreous mix round, it is difficult to observe capsular clearly and remove residual lens tissue completely, which may cause phacoanaphylactic glaucoma, uveitis and cystoid macular edema etc. The lens tissue felling into the vitreous cavity cannot be observed and removed. The repeated operation in anterior chamber for a long time may damage the corneal endothelial cells, which may cause corneal stroma edema and even corneal endothelial decompensation after surgery. If the prolapsed vitreous body cannot be cut off completely, the residual prolapsed vitreous body may organize and pull retina, which can lead to serious complications such as retinal tear and detachment [14]. Because of the fear of IOL dislocated, the viscoelastic agent in the anterior chamber is not suctioned completely, which result in the short-term postoperative high IOP.

Eckardts [15] firstly reported clinical application of minimally invasive vitrectomy system (23G PPV) in 2005, from which the vitrectomy entered a minimal invasive era. The 23G PPV is performed by direct puncture across the conjunctiva with trocar cannula, and its advantage lies in minimal invasion, shorter operation time and less complications. The complications are caused by puncture, such as peripheral retina tear, basal vitreous traction, retinal or vitreous tissue obstructs puncture, and retinal dialysis. Because appropriate hardness surgical instruments get in and out eye ball through trocar cannula, and high speed cutting, so there is no obvious distraction between vitreous body and retina [16,17]. It is a unique advantage for 23G PPV performed to settle the PCR with vitreous loss in phacoemulsification immediately. In 23G PPV, the eye closes well relatively, the doctor can observe the residual lens tissue, vitreous and capsule clearly, then can remove the residual lens tissue and prolapsed vitreous body, including the lens tissue which fell into the vitreous cavity completely [18]. At the same time, the IOP can be maintained relatively stable in surgery, which can avoid the explosive choroidal hemorrhage and other serious complications, and corneal tissue is almost not damaged. It is easy for implantation of IOL in the capsular bag by vitrectomy head or lighting head auxiliary support if the posterior capsule was reserved more, and the stability of IOL can be observed better [19]. In recent years, we adopted 23G PPV in the treatment of the PCR with vitreous loss in phacoemulsification immediately to obtain better postoperative vision because of the less postoperative complications and good stability of IOL. If the conditions permit, it is a very wise choice to perform 23G PPV to settle the PCR with vitreous loss in phacoemulsification immediately, which can reduce the postoperative complications obviously and achieve satisfactory postoperative.