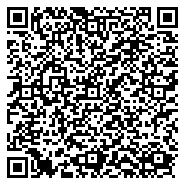 Objective: To investigate the clinical efficacy of interventional chemoembolization combined with dendritic cell, DC-cytokine-induced killor, CIK (DC-CIK) in the treatment of colorectal cancer with liver metastasis and the influence on the survival time of patients.

Methods: Eighty cases of colorectal cancer with liver metastasis in our hospital from January 2012 to January 2014 were randomly divided into study group and control group. The study group was treated by interventional chemoembolization combined with DC-CIK treatment, and the control group was treated with conventional intravenous chemotherapy combined with DC-CIK therapy. Tumor marker, clinical efficacy, survival rate and adverse reaction of two groups were compared.

Conclusion: Interventional chemoembolization combined with DC-CIK in the treatment of colorectal cancer patients with liver metastasis is better with prolonged survival period of patients and tolerable adverse reaction in clinical.

The contents of this study are informed and signed. The study was approved by the Ethics Committee.

Patients selected to meet the following criteria: all colorectal cancer with liver metastasis was diagnosed by pathology and imaging; all patients with liver metastases had surgical contraindications or resection difficulties; expected survival>8 months. Patients with any of the following items were excluded from this study: severe heart and kidney and other systemic diseases; diabetes; gastrointestinal obstruction caused by foci; active bleeding or coagulation dysfunction; chemotherapy contraindications; contraindications of intervention chemoembolization treatment.

The patients in study group were treated with interventional chemoembolization combined with DC-CIK. Interventional chemoembolization: Seldinger method was used to place the catheter into the hepatic artery, followed by injection of fluorouracil 750 mg/m2, calcium folinate 200 mg/m2 and oxaliplatin 120 mg/m2 into the tumor blood supply artery. And then ultra-liquefied lipiodol and epirubicin 50 mg was fully mixed as emulsion into the arterial chemoembolization. The above operation repeated every 3 w for continuous 4 times. Postoperative patients were supplemented by hepatoprotective therapy. DC-CIK treatment was the same with control group.

All the data of this study were analysed by SPSS19.0 software. The data were measured by t test. The chi-square χ2 test was used for comparison between groups. P>0.05 was defined as a significant difference.

Comparison of serum tumor markers before and after treatment

The levels of serum tumor markers in groups were compared (Table 2).

The clinical efficacy of study group and control group after treatment was compared (Table 3).

Comparison of survival rates in both groups

The 1 y and 2 y survival rates of study group and control group were shown in Table 4 below.

Table 4. Comparison of survival rates in both groups.

The above table showed that the long-term survival rate of study group was better than that of control group (P>0.05).

Comparison of adverse events in both groups

Some patients of the two groups showed fever, nausea, vomiting and liver pain 1 to 5 d’s after treatment. After symptomatic treatment, patients were restored within two weeks. The incidence of adverse reactions in two groups of patients had no significant differences (P>0.05).

Colorectal cancer is a common malignant tumor of digestive tract, the incidence of which is only second to gastric cancer [6]. Near and distant metastases are likely to occur at late stage. There are three types of cancer metastasis, including lymph node metastasis, hematogenous metastasis and direct invasion. Hematogenous metastasis is a common way for colorectal cancer transferring to the liver. Except for transferring to lymph node, colorectal cancer is most liable to transfer to the liver. The natural course of liver metastases was more than 5 to 10 months if no active interventions were taken [7,8]. For patients with liver metastases of colorectal cancer, the most effective therapy was the liver radical resection. However, this therapy was only applicable to 1/5 of the patients because of the multiple metastatic foci [9].

The advantages were as follows: drugs were directly directed to the tumor site, and drug concentration was significantly higher than that in intravenous chemotherapy; iodized oil emulsion could be used as a carrier of chemotherapy drugs, so that long-term retention of drugs in the foci site was ensured, thus achieving sustained-release drug activity and increased chemotherapy effect; slow injection of iodized oil mixed emulsion for embolization of tumor blood supply resulted in tumor tissue death [11].

Studies have confirmed that the immune function of colorectal cancer patients was in the suppression state. The lower the immune function, the more possibility to immunological drift, as well as the lower anti-cancer ability [12]. Biological immunotherapy was a new type of anti-tumor therapy. Through in vitro supplementation, induction and activation of the body's own biological immune system, the activated immune cell was infused back to the patient's body, thus playing its immune killing effect [13]. DC and CIK cell immunotherapy were common biological immunotherapies on clinic, which were characterized by rapid proliferation and strong killing effect. DC recognized the antigen and activated the immune system, while CIK played killing effect by cytotoxicity. Therefore, the combined application had a good prospect.