Though, there is a clear cut right dominance in the upper extremity, reports on lower extremity are ambiguous. The present study reports the side dominant pattern in the weight and length of 50 lower limb paired bones, collected from the skeletons of the eastern Uttar Pradesh and Bihar region. The bones were weighed in a single lot as well as separately. The length was measured on an osteometric board. In overall, there were higher incidences of heavier and longer bones on the right side, suggesting right dominance. The absolute weight and length of right extremity bones were also more. The tibia and fibula were best qualified as pointers towards right dominance in terms of both weight and length. There was higher incidence of heavier femur on the right side and longer femur on the left side, which was difficult to explain. The right dominance was considered a congenital phenomenon guided by contra lateral dominant left cerebral hemisphere.

The bones of the upper extremity are reported to be heavier and longer on the right side [1-4]. Though, right dominance is considered as congenital phenomenon [2,3], the dominance pattern could also be influenced by postnatal adaptation and physical work [5]. As most of the people are right handed, the right dominance coincides with the dominant left cerebral hemisphere. However, similar right dominance pattern is not uniformly reported for the lower limb bones. Though, some authors [1,6] observed preponderance of heavier bones on the right side, others [7] reported all bones longer on left side. In a study from North India [8], the authors observed heavier left lower limb in 7 out of 10 cadavers. Therefore, it was considered worthwhile to report our observations on the side dominant pattern in the weight and length of lower limb paired bones, collected from the skeletons of the eastern Uttar Pradesh and Bihar region.

The study comprised of bones of 50 lower limb skeletons of known sex and height, collected from the bone room of the Department of anatomy, Institute of Medical Sciences, Banaras Hindu University, Varanasi. The skeletons with fractured or pathological bones were excluded from the study. The weight of the dry bones was measured on a balance sensitive to 0.5g. The bones with constant weight, when weighed at 3 months interval, was considered dry. All the bones (hip bone to metatarsals) were weighed in a single lot as well separately. The length of the long bones like femur, tibia and fibula was measured on an osteometric board to nearest mm. The statistical analysis was done using the χ2 -test

The side dominant pattern in the weight of paired lower limb bones is presented in Table 1. The total incidence of heavier bones on right side (54%) was significantly more (P< 0.001) as compared to left (33%). The right dominance was significant for individual bones like female femur, tibia and fibula. The asymmetry was less pronounced in case of tarsals and metatarsals. However, for hip bones, there was higher rate of heavier bones on left side, but the difference was not statistically significant. 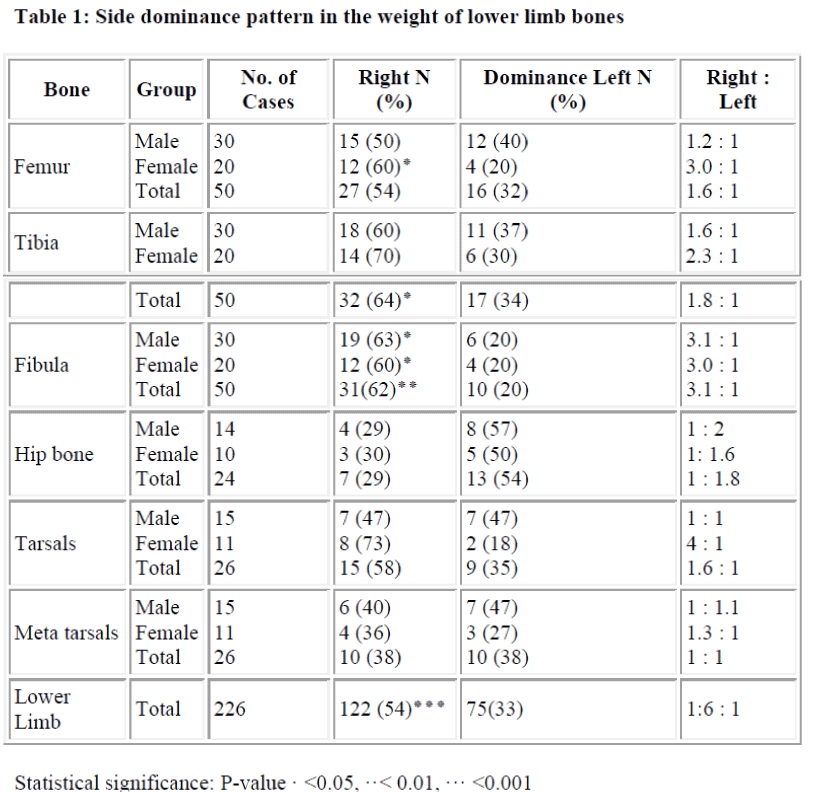 Table 1: Side dominance pattern in the weight of lower limb bones 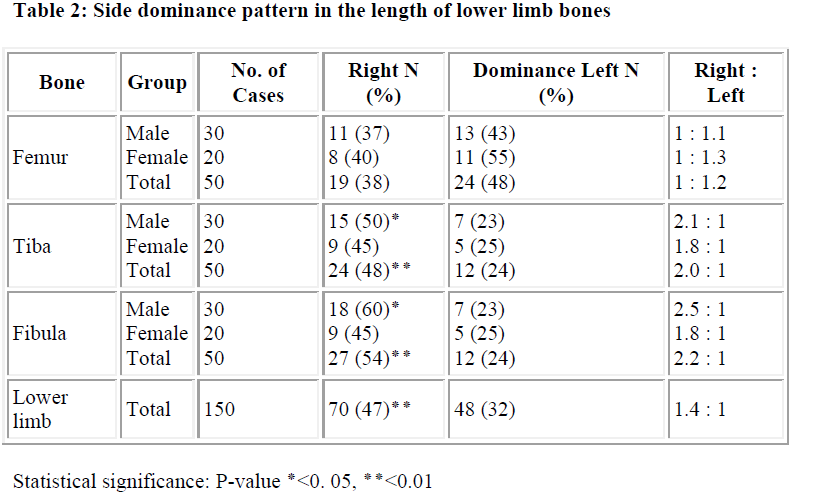 Table 2: Side dominance pattern in the length of lower limb bones

The absolute weight and length of the lower extremity are presented in Table 3. Though, in overall, the right lower extremity was heavier and longer, the differences were not statistically significant.

The results of the present study suggest that the overall incidence of heavier and longer bones were more on right lower extremity as compared to the left. In some of the previous reports [1,6], the authors observed preponderance of heavier bones on the right side and the asymmetry was more pronounced in the upper extremity than the lower extremity. In reports from a centre from North India, the authors [8,9], observed dominant left lower limb in majority of individuals irrespective of the handedness. However, the sample size was too small for any useful statistical analysis in these reports. The results of the present study is in line with the conventional view that one dominant hemisphere leads to dominance of the contra lateral extremities. As in majority of the population, the left cerebral hemisphere is dominant; it may be resulting in dominance of the right lower limb.

The present observation suggested that the weight asymmetry decreased distally to tarsals and metatarsals, which was reverse to the observations of Ingalls [6] but in line with that of Latimer and Lowrance(1). One interesting finding of the present study was that the incidence of longer femur was more on left side. Infact, most of the previous authors [1,7,10] also had similar observations. However, the higher incidence of lighter but longer femur on left side is difficult to explain. To conclude, the bones of the right lower extremity are heavier and longer. The right dominance seems to be a congenital phenomenon coincid-ing with the dominant left cerebral hemisphere.