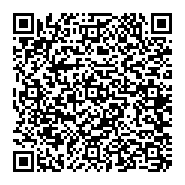 Bronchial asthma (abbreviated as asthma hereinafter) is a chronic inflammation in the respiratory tract with hallmarks as mucous metaplasia and airway remodelling, and recognized as one of the chronic lung diseases that threaten human health around the world [1]. The incidence in adults is about 5%-6%, and shows an increasing trend year by year [2]. Like other allergic diseases, asthma is a multifactorial disease, including environment and heredity, which means the onset of asthma is not only related to genetic factors but also closely related to the immune, with the degree of heritability about 80% [3-5].

Until now, we know that the immune imbalance of Th1/Th2 cytokines is one of the key mechanisms of this disease. IL-4 and IFN-γ are the main cytokines secreted by the Th2 and Th1 cells [6]. Nowadays, it’s considered that IL-4 and IFN-γ-caused imbalance of Thl and Th2 is a key factor in the pathogenesis of asthma, which are both associated with the severity of asthma [7]. Different races, ethnic groups, and populations have some differences in disease susceptibility and resistance [8]. Previous studies found that the incidence of allergic rhinitis in Han populations was 33.36% and 19.19% in Uighur populations [9]. In addition, 25.58% of Uighur asthmatic patients have family history, which is also lower than that in China (about 40% of asthmatic patients have family history) [10,11].

Meanwhile, the epigenetic mechanisms have been shown to regulate many genes including those involved in inflammation and the immune response and to ensure inheritance of phenotype with cell division [12]. For example, DNA methylation, which regulates the expressions of immune system-related genes, also modifies the development of the innate and adaptive immune responses [13]. In this study, SNaPshot typing technique was used to quantitatively analyse 5 adjacent CpG loci of IL-4 and IFN-γ in 105 asthmatic patients and 105 healthy populations, aiming to investigate the difference of epigenetics in different races and its role in the pathogenesis of asthma.

Inclusion criteria: (1) Aging 18-60 y old; (2) With a disease history ≥ 1 y; (3) Had lived locally in Xinjiang for at least 5 y and had not long-term lived in outer regions; (4) Met with the diagnostic criteria of bronchial asthma prevention and treatment guidance (2008): recurrent wheezing, shortness of breath, chest tightness or cough, which was more related to the exposure to allergens, cold air, physical or chemical stimuli, viral upper respiratory tract infection, or exercise; scattered or diffuse expiratory phase-based wheezing can be heard in the lungs at the onset; the expiratory phase was prolonged; the patients with atypical clinical symptoms should have at least one positive result of the following tests: bronchial provocation test or exercise test, bronchodilation test (FEV1 was increased by more than 15%, and the absolute value of FEV1 was increased by >200 ml), intraday variability or circadian volatility of PEF ≥ 20%; 5) signed the informed consent.

Exclusion criteria: (1) with other airway infectious diseases; (2) With other allergic diseases; (3) With hypertension, diabetes, or other metabolic disorders; (4) Administrated immunosuppressive agents within 1 week. A total of 150 asthmatic patients that met with the above criteria were enrolled in this study, including 120 Han patients and 30 Uygur patients, with a mean age as (35.81 ± 11.37) y. A total of 108 healthy population with normal physical examination results were included as the control group, with the mean age as (37.21 ± 10.62) y. This study was conducted in accordance with the declaration of Helsinki. This study was conducted with approval from the Ethics Committee of Xinjiang Medical University. Written informed consent was obtained from all participants.

All patients were sampled with 5 ml blood, and the CD4+ lymphocytes were collected by magnetic activated cell sorting (MACS) from 4 ml, then IL-4 mRNA and IFN-γ mRNA were extracted by Trizol and the expression level of both were detected after PCR amplification [14].

The protein expression of IL-4 and IFN-γ were detected by ELISA (Xin Le Biological Engineering Co. Ltd., Shanghai, China) based on the plasma used for PCR detection [15].

Expressions of IL-4 and IFN-γ

Compared with the control group, the levels of IL-4 and IFN-γ mRNA in the asthmatic patients were slightly increased, but the differences were statistically significant (P<0.05). The protein expressions of IL-4 and IFN-γ were similar to those of the mRNAs (P<0.05) (Table 1).

Methylation levels of IL-4 and IFN-γ

One study of Taiwan reveals that the prevalence of asthma has increased from 12.99%-16.86%, and environmental changes are suspected to be the major driver of asthma with air pollution identified as an important exposure, but it is still a complex genetic trait meaning that the phenotype is the result of the interaction of multiple genes [17-20].

This study revealed that the mRNA and protein levels of IL-4 in the asthma group were significantly higher than the healthy control, confirming that asthma is mainly characterized by Th2 hyperthyroidism-based immune responses, suggesting that IL-4 antagonists can be used clinically as targeted therapy against asthma, which can interrupt the IL-4 signal pathway, thereby reducing the number of pro-inflammatory factors in the airway and improving patients’ conditions [21]. IL-4 can promote the secretion of Th2 cells by reducing the secretion of IFN-γ, which is the main process that medicates the pathological and physiological changes of asthma. Compared with the Han asthmatic patients, the IL-4 mRNA expression was slightly elevated in the Uighur asthmatic patients, but there was no difference in the IL-4 protein expression, suggesting that IL-4 may not be the reason that causes the different incidences of asthma in Han and Uighur populations.

IFN-γ is an important Th1 cytokines, can inhibit the release of Th2 cytokines, and can also regulate the immune function [22]. Studies have shown that one of the important reasons for allergic asthma in children is the reduction of Th1-type cytokines [23]. IFN-γ can inhibit the expression of IL-4 gene and the synthesis of IgE by IL-4, thus participating in the occurrence and development of inflammatory processes in asthma [24], and it can also affect the proliferation and differentiation of Th2 and Th1 as well as antagonize the role of IL-4. Nowadays, current studies have confirmed that the Th1 cells can produce not only IL-2 but also IFN-γ [25]. Compared with IL-4, the Th1 cytokine, IFN-γ, was also highly expressed in the asthma group than the control group, not consistent with the recognized Th1 immune response reduction-based pathogenesis of asthma, and it may be caused the secretion differences of IFN-γ at the transcription level and the translation level.

However, in recent years, Th1 and Th2 have been found to be able to induce, instead of mutually antagonizing, the activity of bronchial asthma, respectively, which means the existence of mutual promotion between these two [26]. The fact that the IFN-γ gene and protein expressions were increased in the asthma group can be interpreted as the results of the mutual promotion between Th1 and Th2 rather than mutual antagonism.

The results of SNPshot typing showed that the methylation degree of IL-41SF locus in the asthma group was significantly higher than the control group. It is generally believed that the regulatory role of DNA hyper methylation is associated with gene silencing, suggesting that the hyper methylation of IL-41SF is closely related to the occurrence of asthma, so it can be used to find new treatment directions against asthma. However, because there was no significant difference in the methylation degrees of IL-4 and IFN-γ between the Uygur and Han asthmatic patients, it suggests that the methylation degree may not be the cause resulting in the different prevalence between Uygur and Han patients; or it may be caused by too small Uygur patients, which needs to further expand the sample size so as to verify the results.