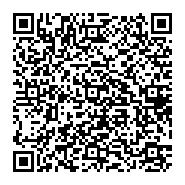 Objective: This study was designed to investigate the potential risk factors of cardiac metabolic abnormality in hypertension patients during the early stage.

Hypertension is defined as having a blood pressure higher than 140 over 90 mmHg, with a consensus across medical guidelines [1-3]. Long-term high blood pressure is a major risk factor for coronary artery diseases, stroke, heart failure, peripheral vascular disease, vision loss and chronic kidney disease, etc. [4,5]. Lifestyle changes and medications can lower blood pressure and decrease the risk of health complications. Lifestyle changes include weight loss, decreased salt intake, physical exercise, and a healthy diet. If lifestyle changes are not sufficient then blood pressure medications are used. Up to three medications can control blood pressure in 90% of people. The treatment of moderately high arterial blood pressure (defined as >160/100 mmHg) with medications is associated with an improved life expectancy. The effect of treatment of blood pressure between 140/90 mmHg and 160/100 mmHg is less clear, with some reviews finding benefit and others finding a lack of evidence for benefit. High blood pressure affects between 16 and 37% of the population globally. In 2010, hypertension was believed to have been a factor in 18% (9.4 million) deaths [6]. Effective lifestyle modification may lower blood pressure as much as an individual antihypertensive drug. Combinations of two or more lifestyle modifications can achieve even better results. There is considerable evidence that reducing dietary salt intake lowers blood pressure, but whether this translates into a reduction in mortality and cardiovascular disease remains uncertain. Estimated sodium intake ≥ 6 g/day and <3 g/day are both associated with high risk of death and/or major cardiovascular disease, but the association between high sodium intake and adverse outcomes is only observed in people with hypertension [7-9]. In this case-control study, healthy controls, early-stage hypertension and hypertension patients were recruited to investigate the potential risk factors of cardiac metabolic abnormality and analyse the association between the incidence of cardiac metabolic abnormality and hypertension, aiming to provide more evidence for clinical prevention and treatment of hypertension complicated with cardiac metabolic disorder.

In this case-control study, 557 healthy controls with normal blood pressure during physical examination in Jiangxia Street Health Service Center, Haishu District, Ningbo were enrolled. Moreover, clinical data of 530 advanced-stage hypertension (both abnormal IGT and OGTT) patients and 562 patients diagnosed with early-stage hypertension (OGTT range: 7.8-11.0 mmol/L, and abnormal IGT) [2-4] admitted to Department of Cardiovascular Medicine, Ningbo First Hospital were retrospectively analysed. Among all participants, 986 subjects were male and 663 female, aged ranging from 35.0 to 85.0 y with a mean age of 52.0 y. All enrolled subjects have signed the written informed consents. All study procedures were approved by the ethics committee of Ningbo First Hospital.

Those diagnosed with or having a medical history of coronary heart diseases, stroke, alternative cardiovascular diseases, malignant tumor, type II diabetes mellitus, dyslipidemia or those receiving medication therapy were excluded from subsequent analysis.

Body height, body weight, BMI, hip circumference, waist circumference, blood pressure and heart rate were quantitatively measured and calculated. The blood pressure was measured triple times when the patients were in sitting position. Prior to the measurement, the patients were prohibited from smoking, drinking caffeine beverage or doing intensive physical activity. The mean value was calculated from three times measurement.

SPSS 20.0 statistical software was utilized for data analysis (SPSS Inc., Chicago, USA). All continuous variables were subject to test of normality. The mean values among different groups were statistically compared by using analysis of variance. Measurement data were analysed using t-test. Enumeration data were studied by χ2 test. The risk factors of cardiac metabolic abnormality in hypertension were analysed using Logistic regression analysis. A value of P<0.05 was considered as statistical significance.

Risk factors of cardiac metabolic abnormality in patients with hypertension

Age, BMI, WC, TC, HDL-C, LDL-C, TG, uA, FPG, WBC, hs- CRP and MPV were classified into three categories and subject to multivariate logistic regression analysis. The results demonstrated that age, BMI, FPG and uA were the risk factors of the incidence of hypertension. Meantime, age and BMI served as the risk factors of the occurrence of early-stage hypertension, as illustrated in Table 2.

Table 3. Comparison of the prevalence of metabolic abnormality among three groups.

Blood pressure rises with aging and the risk of becoming hypertensive in later life is considerable [11]. Several environmental factors influence blood pressure. High salt intake raises the blood pressure in salt sensitive individuals; lack of exercise, obesity, and depression can play a role in individual cases. The possible role of other factors such as caffeine consumption, and vitamin D deficiency are less clear [12,13]. In this investigation, both BMI and WC in the earlystage hypertension and hypertension groups were significantly higher compared with those in the control group, suggesting that active measures and interventions should be implemented to counteract BMI and WC for patients with early-stage hypertension. Logistic regression analysis demonstrated that a more significant association was observed between blood pressure and BMI compared with that between blood pressure and WC. After adjustment of confounding factors, overweight and obesity were the major risk factors of elevated blood pressure level. The blood pressure level was positively correlated with BMI.

The incidence of hypertension-induced stroke, myocardial infarction and alternative cardiovascular diseases is ever increasing, which is intimately correlated with the abnormal platelet and coagulation function in hypertension patients [14]. MPV is an indicator reflecting the platelet volume. The platelet with high MPV contains a large quantity of granules which are capable of releasing 5-hydroxy tryptamine and B thrombosis protein. Consequently, the adhesion function of the platelet is enhanced, which probably provokes the incidence of platelet aggregation and thrombosis formation. Previous investigations have demonstrated that the MPV in patients with early-stage hypertension was slightly high, whereas it was decreased to normal range after proper adjustment of life style, weight loss and reduction in Na+ intake after 20 w. They concluded that the decline in MPV is potentially associated with the lower incidence of thrombosis formation in individuals diagnosed with early-stage hypertension [15]. In this study, the MPV was statistically compared among the patients with advanced-stage hypertension and early-stage hypertension and healthy controls. However, no statistical significance was documented in terms of the MPV among different populations, which probably results from the race disparity between two studies. In addition, complex variations probably occur in patients diagnosed with hypertension, which cannot be comprehensively reflected by the MPV alone.

In terms of WBC parameter, the WBC in the advanced-stage hypertension group was significantly higher compared with that in the control group. The hs-CRP levels in both the earlystage and advanced-stage hypertension groups were considerably higher than that in the control counterparts. Among all inflammatory parameters, hs-CRP level is more sensitive compared with WBC since the hs-CRP level rather than the WBC tends to elevate in patients diagnosed with early-stage hypertension. Similarly, previous investigations demonstrated that hs-CRP level is a stable and accurate indicator reflecting the clinical prognosis of cardiovascular diseases and mortality rate in hypertensive individuals. The elevation in hs-CRP level prompts the higher risk of cardiovascular diseases in hypertensive patients, which is considered to be associated with chronic and mild inflammation responses.